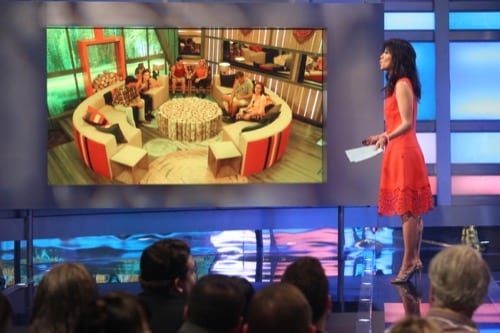 Four become three tonight on CBS’s Big Brother. Cliff and Holly are on the block, with Cliff as the target. However, he thinks he is safe because he supposedly has a deal with Michie.

Little does he know that Michie has no intention of keeping his word….thanks to the events that occurred last week with getting rid of Tommy. Nicole gets wind of the plan and tells Cliff, who tries his best to hold himself together. At least…that is what he does in front of Nicole. In reality, he plans on confronting Michie.

Jury update! Nick hates Tommy, who of course enters the jury. Nick is also hooking up with Kat. They all discuss Michie’s game play and how they are gaining respect for Nicole. Christie cries and wonders why she is there and not Michie. She points out the double eviction was the perfect chance to get rid of him. Jessica is also upset because they kept Cliff.

Cliff confronts Michie and reminds him that just because he is in the top three….or two doesn’t mean he will win because the jury holds the power. Michie explodes in the Diary Room.

Eviction time. Holly and Cliff plead their cases and Cliff is evicted.