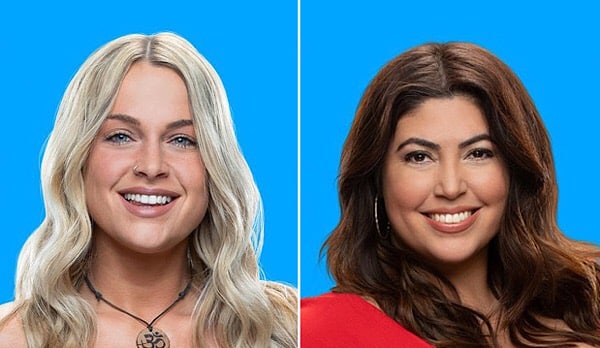 Tonight is double eviction night on CBS’s Big Brother. The first eviction will be between Jessica and Christie and then we will get to the quickie HOH competition, nominations, POV competition and then another eviction.

First eviction! In a unanimous vote, Jessica is evicted. There isn’t much time to be sad because it is time for the HOH competition.

In the competition, they are on a rink building a puzzle and then must score a goal. Nicole wins and puts Christie and Tommy on the block.

POV competition! It is a true or false question that is very close between everyone until the very end when it is between Cliff and Christie. Christie changes her answer for the last question at the last minute….causing her to lose and Cliff to win POV!

Cliff decides to keep the nominations as is and we go into another eviction. In yet another unanimous vote, Christie is evicted from the Big Brother Household.

She admits in her interview with Julie that she did know Tommy from before, but had no idea he would be on the show.

Tune in Sunday for the HOH competition.