Throughout my eleven years of working as an entertainment journalist, I have reviewed many movies, TV shows and everything in between. One of my favorite things to do on this site is to support indie films/tv shows and people who are starting out in the business.

Cue A Brilliant Monster. I am usually not a fan of the horror genre, (I leave that up to B-Movie Bros, which is one of our affiliated websites run by my brother Paul and his co-host who may as well be family now Corey) However, this film was different for me and dare I say, may have converted me into a horror film fan!

While there isn’t much blood and gore in this film, it has enough of a horror element to keep you spooked from start to finish. (Think watching Unsolved Mysteries at night while living alone) More importantly, it is one of those films that also has you think and really get into the mind of the main character.

I won’t give too much away, but I can say that the main character of Mitch is brilliantly acted by Dennis Friebe, who was previously seen in MacGyver. He plays an author who has a dark secret on how he maintains that creativity. The entire movie keeps you drawn in from start to finish and leaves the viewers in awe of all of those involved.

Stay tuned on where to view this epic new movie! 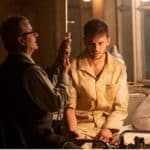 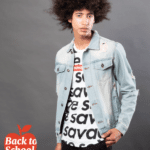