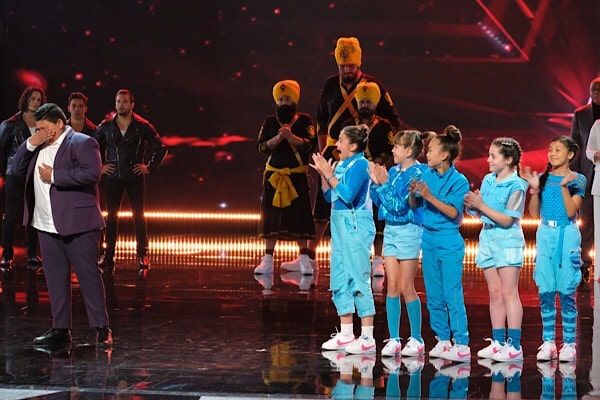 Tonight is the results show for America’s Got Talent on NBC. Five acts will be eliminated and seven will move on to the next round. Due to a technical issue, there will be no judge’s save, but instead the top six acts will move on and the seventh will be picked via Dunkin Save.

Ansley Burns, Sophie Pecora and Emerald Belles are in jeopardy, but that vote will send one of them to the semi finals.

After a performance from Bianca Ryan, Brian King Joseph and Sofie Dossi, we get to the first round of results.

Luke Islam and GForce are next to find out their fate. Luke is safe, GForce is eliminated.

Shin Lim and Jay Leno do magic tricks for the audience before we get to more results.

Kodi Lee and Voices of Service are called to the stage. BOTH acts are moving to the next round!