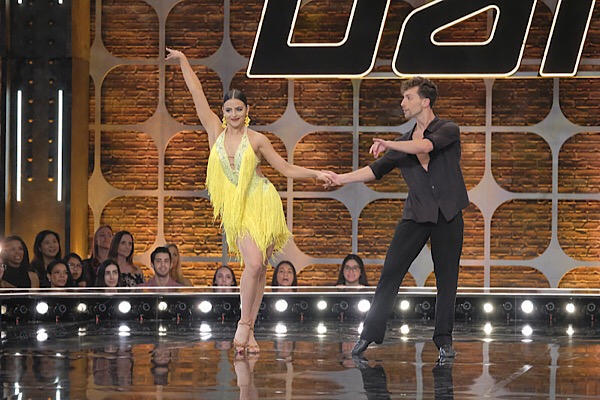 This is the final round of auditions for So You Think You Can Dance on Fox. Next week, we move to the boot camp round, where the dancers will continue to try and impress Mary Murphy, Nigel Lythgoe, Laurieann Gibson and Dominica Sandoval. As always, Cat Deely is hosting.

First up are Andrew and Melany from the Bronx. They auditioned last year, but did not make the cut. They are a ballroom couple and quite impressive. They move on to the Academy.

Next up is Michael, who is a b-boy dancer. He used to be bullied as a child. His routine is fun to watch and there is something about him that makes me smile. The judges love him and send him to the Academy.

Mariah is up next. She has had a tough childhood and her father has been in prison since she was six. Her dance is a great mix of athleticism and contemporary. The judges love her and Laurie even says she sees herself in her. She is also Academy bound.

After a montage of Academy bound dancers, we get to Phoebe, who has Down Syndrome. She is a good dancer and seems to love what she does. The judges think she is wonderful and love her sass and personality. However, she is not going to compete, but rather be a guest at the Academy.

James is back after having done three seasons of auditions in the past. He has bipolar disorder and uses dance as a mood stabilizer. He is incredible, but I agree with the judges, he needs to put more work into it, or more discipline, if you will. If he does that, he will be unstoppable. He is Academy bound.

Maia is another contemporary dancer who has such athleticism when she dances. Some of those moves make me hurt just watching—but she is just that good. She is off to the Academy.

Eddie is the last dancer of the night. He is back after getting cut right before the live shows last season. This season, he is back and better than ever with a heart stopping tap routine. WOW….that was incredible. He is off for another chance to get to the live shows….but first he needs to go to the Academy.

Tags: fox Recap so you think you can dance Sytycd