NEW YORK, July 17, 2019 /PRNewswire/ — Netflix announced that after talking to mental health groups like the American Foundation for Suicide Prevention, it is removing the scene in which Hannah Baker takes her own life from Episode 13, Season 1 of “13 Reasons Why.” The nation’s largest suicide prevention organization, the American Foundation for Suicide Prevention (AFSP), made the following statement about this decision by Netflix.

“AFSP strongly supports Netflix’s decision to remove the scene of Hannah’s death in Season One. The portrayal of suicidal struggles and suicide is complex and research shows people respond to entertainment content in a variety of different ways. The same content that can lead to increased awareness and interest, and even empathy in many – can lead to worsening of mood, anxiety, or self-image for others who are vulnerable or struggling.

Research also clearly shows that for individuals who have certain vulnerabilities – either related to their present mental health, or even past experiences, especially trauma – some of those individuals have a special susceptibility to identification with others they see struggling in similar ways. If the vulnerable individual sees a fictional character struggling and then dying by suicide, the vulnerable viewer can become more at risk of imitating this suicidal behavior.

Over the last year, AFSP’s work with Netflix has clearly shown us that the content creators and the company care about mental health and suicide as a public health concern. Since AFSP started working with creators on Season 2, Netflix has taken significant steps to create educational resources for viewers, adding a Resources Toolkit as well as trigger warnings for the series. Subsequent storylines have portrayed messages of hope and healing, showing characters seeking support from parents, mentors, support groups and mental health professionals, and working through trauma and mental health issues.

We believe that editing the scene in Season 1, Episode 13 can lead to a fuller dialogue of the important issues covered by the show. We applaud Netflix for making this decision and moving in a very important direction.”

The American Foundation for Suicide Prevention is dedicated to saving lives and bringing hope to those affected by suicide. AFSP creates a culture that’s smart about mental health through education and community programs, develops suicide prevention through research and advocacy, and provides support for those affected by suicide. Led by CEO Robert Gebbia and headquartered in New York, with an Advocacy office in Washington, DC, AFSP has local chapters in all 50 states with programs and events nationwide. Learn more about AFSP in its latest Annual Report, and join the conversation on suicide prevention by following AFSP on Facebook, Twitter, Instagram, and YouTube. 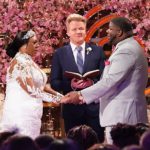 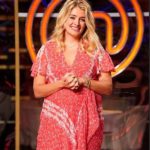