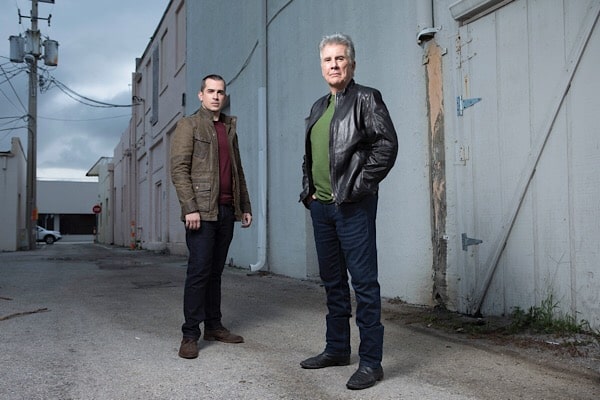 Silver Spring, Md.) – After a successful first season helping to bring three fugitives to justice, Investigation Discovery and victims’ rights advocate John Walsh are teaming once again to hunt down persons of interest and find missing children with a second season order of IN PURSUIT WITH JOHN WALSH. In the series, John Walsh and his son, Callahan Walsh, introduce viewers to unsolved violent crimes that urgently need to be closed. Keeping the anonymity of callers in utmost importance, this series relies on tips and leads from the audience who may have seen something that would help authorities, with all calls and online tips vetted by trained experts and followed up on by the appropriate authorities, including local law enforcement, FBI, and the U.S. Marshals. Additionally, in partnership with the National Center for Missing & Exploited Children (NCMEC), the series also features missing children each hour, providing age-progression photos and descriptions in the hopes that viewers can provide new leads to their whereabouts. Produced by Jupiter Entertainment, the 12-episode, season two of IN PURSUIT WITH JOHN WALSH will premiere in early 2020 on Investigation Discovery, America’s leading true-crime channel.

“The first season of IN PURSUIT led to three captures of fugitives on the run – but, there is still so much more work to be done,” said Henry Schleiff, Group President of Investigation Discovery, Travel Channel, American Heroes Channel, and Destination America. “I firmly believe that by bringing together an icon of justice like, John Walsh, with Investigation Discovery’s active and engaged audience, we can help bring even more answers to families who have sought answers and demanded justice for far too long.”

John Walsh is known internationally as a crime fighter, victims’ advocate and Emmy Award-winning host of “America’s Most Wanted,” the reality program that helped law enforcement capture more than 1,200 fugitives and brought home more than 50 missing children. He never sought the role,but fighting for justice has been his mission since July 27, 1981 – the day his 6-year-old son, Adam, was abducted from a Hollywood, Fla. mall near their home. Adam’s remains were found two weeks later. Through their experience, Walsh and his wife Revé, realized that the nation was in desperate need of leadership in the fight to protect children. Out of their pain, the National Center for Missing & Exploited Children was created in 1984, after President Ronald Reagan signed the “Missing Children’s Assistance Act.” Walsh has been honored numerous times by many local, state and federal agencies. In addition to being named “Man of the Year” by both the U.S. Marshals Service and the FBI, John was made an honorary U.S. Marshal. He is only one of three people to receive this honor in the organization’s history. Walsh has been the driving force behind major pieces of child protection legislation. This work led to him being honored five times by four presidents. The Walshes had three more children after Adam and John continues to fight for victims’ rights.

Callahan Walsh is a child advocate for the National Center for Missing & Exploited Children (NCMEC). At the National Center, Callahan works together with law enforcement, including the U.S. Marshals Service, to further NCMEC’s mission and to help change laws in favor of child victims. He is the son of John and Revé Walsh, who co-founded NCMEC in 1984 after the kidnapping and murder of their first son, Adam Walsh. Following in his parent’s footsteps, Callahan has focused his energy on helping find missing children, reducing child sexual exploitation and preventing child victimization.

Since 1984, the National Center for Missing & Exploited Children® has served as the leading private, nonprofit organization helping to find missing children, reduce child sexual exploitation and prevent future victimization. As part of its work as the clearinghouse and resource center on issues relating to missing and exploited children, NCMEC operates a hot-line, 1-800-THE-LOST® (1-800-843-5678), and has assisted in the recovery of more than 296,000 missing children. NCMEC also operates the CyberTipline®, a mechanism for reporting suspected child sexual exploitation, which has received more than 48 million reports since it was created in 1998. To learn more about NCMEC, visit or see NCMEC on Twitter, Facebook and Instagram.

With offices in New York and Knoxville, Jupiter Entertainment has built an unrivaled track record of producing successful, highly formatted series and delivering outstanding ratings and strong renewals.  Since its launch over two decades ago, the company has produced 75 series and specials for 30 networks.  Among its many credits include the record-breaking hit American Murder Mystery (ID) and Homicide Hunter (ID) as well as explosive docusoaps Welcome to Myrtle Manor (TLC) and Wild West Alaska (Animal Planet).  The company has also produced prime-time series and specials for A&E, Discovery, History, Investigation Discovery, Oxygen, Reelz, TLC, TruTV, TV One, Fuse, and Animal Planet among more. In the last year alone, Jupiter produced 19 series, specials and pilots for 10 networks. 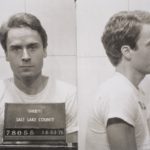 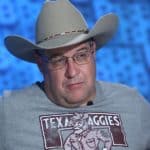