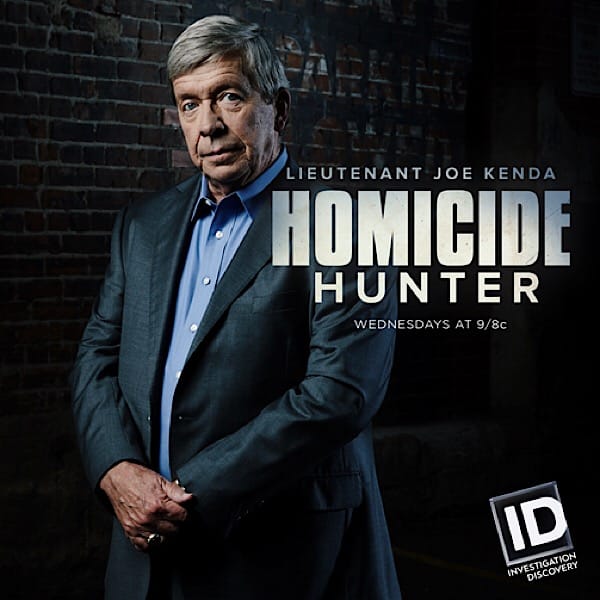 (Silver Spring, Md.)— Money, sex or revenge. Over his remarkable 23-year career with the Colorado Springs Police Department, Lt. Joe Kenda has identified those three motives for murder as the pillars that drive people to do unspeakable things, each one a fatal catalyst behind the stories he recounts in HOMICIDE HUNTER. With a 92% solve rate, one of the highest case closure rates in the country, Joe Kenda has helped bring answers to 356 families searching for justice in their loved one’s murder. In each episode, he cracks open his case files using an eidetic memory that recalls even the smallest of details with an intense, deliberate drawl and cool, no-nonsense demeanor that leaves viewers hanging on every word. The storytelling process of HOMICIDE HUNTER has become a personal journey for Lt. Kenda as he chips away at painful memories that have long been suppressed, revisiting the crimes that defined his career…and have since recurred in his nightmares. In the final countdown with 20 more harrowing hours, Investigation Discovery’s hit series HOMICIDE HUNTER: LT. JOE KENDA returns for its ninth and final season on Wednesday, August 28 at 9/8c.

“Since 2011, Joe Kenda’s storytelling has provided valuable information, gripping entertainment and, even, inspiration to audiences everywhere, and in turn, I believe we have provided Joe a small sense of therapy, if you will,” said Henry Schleiff, Group President of Investigation Discovery, Travel Channel, American Heroes Channel and Destination America. “It is bittersweet as we begin to say farewell to this series, HOMICIDE HUNTER, but we are excited about what we have coming up with Joe’s next chapter on Investigation Discovery and look forward to sharing the announcement of that new project with his devoted fans soon.”

“As this is real life, the stories that I have left in my case files are either too simple or simply too gruesome to tell on television,” said Lt. Joe Kenda. “I always wanted to go out at the top of my game, and I can assure you that season nine is just that. I am grateful and humbled for this HOMICIDE HUNTER journey…thank you for letting me entertain you.”

In the season nine premiere, the body of Cynthia McLuen, a vibrant young mother, is found frozen solid in a deserted cemetery. An exhaustive investigation fails to produce any viable suspects, and the case goes cold for three years. When Kenda reopens the investigation, he quickly uncovers new evidence suggesting that Cynthia might not be the suspect’s only victim. In the pattern of violence, Kenda recognizes the sinister hallmark of a serial killer. “Cynthia” will premiere on Investigation Discovery on Wednesday, August 28 at 9/8c, and will have a pre-premiere on IDGOreleased a week before the linear premiere, beginning August 21.

Leading up to and throughout the final season, fans can follow along for behind the scenes content, special Kenda callouts, and fan giveaways by following #HomicideHunter across Investigation Discovery’s social platforms at Instagram, Facebook, and Twitter. Clips and personal Kenda updates will be shared on the Homicide Hunter fan page and Lt. Joe Kenda’s Twitter, while an exclusive interview with Lt. Kenda will be featured in the Crime Obsession Facebook Group.