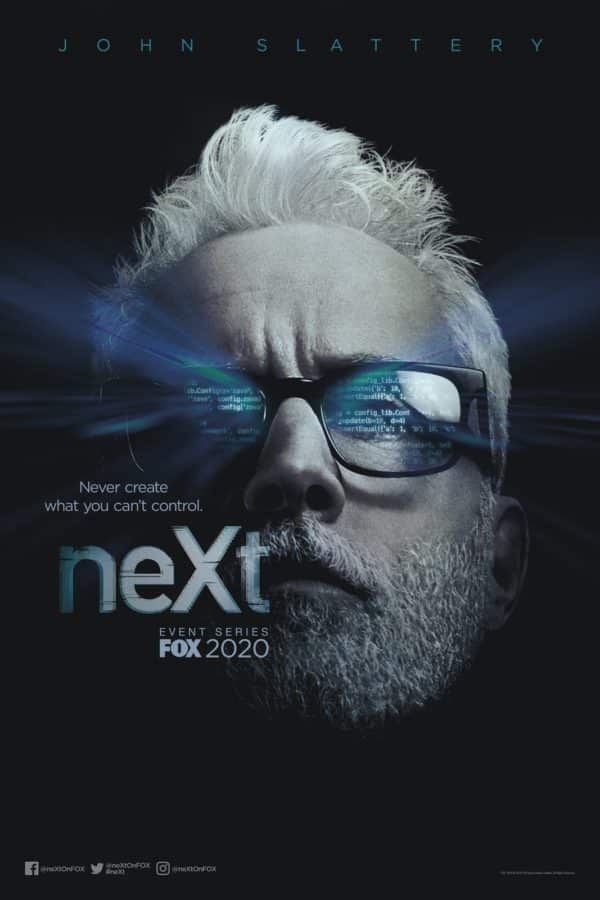 From creator and executive producer Manny Coto (“24: Legacy”) and executive producers and directors John Requa and Glenn Ficarra (“This Is Us”), neXt is a propulsive, fact-based thriller about the emergence of a deadly, rogue artificial intelligence that combines pulse-pounding action with a layered examination of how technology is invading our lives and transforming us in ways we don’t yet understand. The series stars Emmy Award nominee John Slattery (“Mad Men”) as a Silicon Valley pioneer, who discovers that one of his own creations – a powerful A.I. – might spell global catastrophe, and teams up with a cybercrime agent (Fernanda Andrade, “The First”) to fight a villain unlike anything we’ve ever seen – one whose greatest weapon against us is ourselves. The series also stars Michael Mosley (“Ozark”), Jason Butler Harner (“Ozark”), Eve Harlow (“Agents of S.H.I.E.L.D.”), Aaron Moten (“Mozart in the Jungle”), Gerardo Celasco (“How to Get Away with Murder”), Elizabeth Cappucino (“Jessica Jones”) and Evan Whitten (THE RESIDENT).