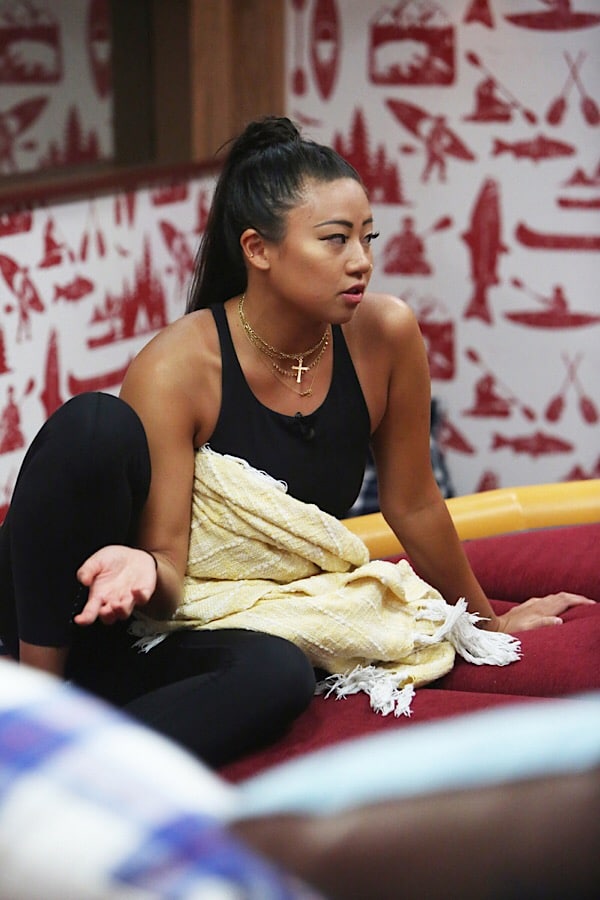 It is day 31 in the Big Brother House on CBS. Cliff is HOH and Jack and Michie are on the block. Both of them want to win the veto competition in order to save themselves.

Everyone is basically kissing Cliff’s butt trying to get him on their side. Nick promises to protect him next week. Cliff wants to go after the Six Shooters, but isn’t sure because of Christie’s power. He also seems to be bonding with Isabella and Kathryn.

Have Nots! Tommy, Jack , Christie and Kathryn are all chosen for this. They must live on slop, sleep in the Have Not Room and take cold showers all week.

VETO TIME! Cliff, Jack and Michie are playing, along with Jessica, Sam and Holly. Oh, and Jack decided to use his Chaos Power, which means Analyse and Kathryn are replacing Jessica and Holly.

The object of this game is to go on a jet ski, go in the water and push buttons, all while stripping down to their swimsuits. It is entertaining to watch, but at the end of the day, it is Michie who wins.

Christie decides to save her power for another day.

Time for the POV nomination ceremony. Michie of course takes himself off the block and Cliff replaces him  with Isabella, who is none too happy. Nick isn’t thrilled either.

Time in tomorrow to see who is evicted!

America’s Got Talent 15: Who Got The First Golden Buzzer?