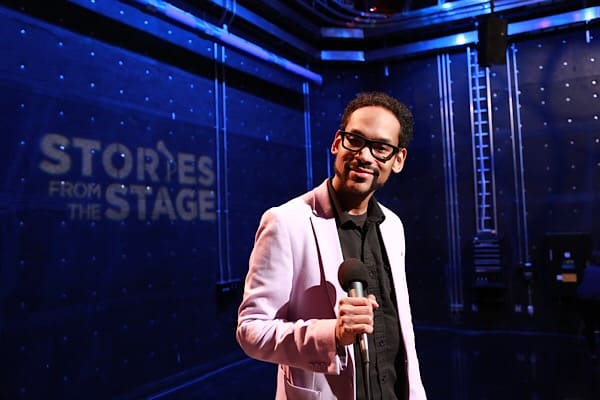 The Run-down: Stories from the Stage co-host Wes Hazard. See him in action this weekend as WORLD Channel presents a 24-hour binge-a-thon of the series starting on Saturday, June 22 at 7 p.m. The binge event will also be livestreamed on Facebook where Hazard and his co-host Theresa Okokon will provide live commentary during primetime episodes. See a trailer for the series here.

I’m a standup comic, storyteller, emcee and writer originally from Stoughton, MA. I attended Boston College for my undergraduate degree and there, during my freshman year, is where I got on stage to do comedy for the first time ever. I’ve been doing standup since and it’s consistently been one of the most important things in my life. After a few years of banging my head against the wall attempting to write and perform “classic” jokes with a setup and punchline and then trying my hand with political rant comedy I grew into myself on stage and found that I was mainly telling funny stories about things that happened to me. A storyteller on a multi-genre show that I produced and hosted recommend that I put my name in the hat for a competitive story slam that was specifically focused on funny stories. I’d never done a story slam before or considered myself anything other than a comic but I gave it a try. I ended up being selected to compete and I actually won by telling a story that I’d been sharing at comedy venues for a while. I’ve been hooked on storytelling ever since then. In addition, I’m a writer with a published humor book (“Questions For Terrible People”) and a professional trivia Quiz Master. Last year I got to live every trivia nerd’s dream by appearing on Jeopardy! and I was fortunate enough to be become a 3–day champion.

Stories from the Stage is an incredible show where real people share true stories about moments that had profound impacts on their lives. It features people of every conceivable age, race, region, continent, socio-economic background, and personality, which is really wonderful to see. The show is taped in front of a live audience of about 150 people or so at the WGBH studio in Boston, MA and includes interviews with the tellers conducted one-on-onewith the host. I’m one of two hosts, along with the wonderful Theresa Okokon. The series is a collaboration between WORLD Channel, WGBH, & Massmouth and can be seen via broadcast on TV on WORLD Channel or online at worldchannel.org.

Massmouth is the Massachusetts based storytelling organization that sources and coaches the storytellers who appear on the show. They organize quite a few live storytelling events each month ranging from themed shows featuring veteran tellers to competitive story slams where people of any experience level are invited to drop their name in a bucket for the chance to perform. They also have a vibrant education program for people and groups wishing to hone their storytelling skills. When Stories from the Stage was announced I had been working with Massmouth for several years. First as a slam competitor who was fortunate enough to have won a few slams, then as a host and featured teller at some live events. I was invited to audition for one of the host spots they were trying to fill and things ended up working out, which I’m very happy about.

4.      What are some highlights from the experience?

My favorite part of being able to host Stories from the Stage has been the opportunity to interview each storyteller one-on-one about their background, what got them into storytelling, what they hope to achieve by sharing whatever story they’ll be performing that night, and how they feel storytelling can affect the world. I tend to ask the same variety of questions to any given performer but since our roster has been so diverse in every imaginable way I never get tired of hearing the variety of answers that they provide.

Additionally I always relish those moments in the studio during our tapings when you can feel the audience ripple with emotion over something incredible that they’ve just heard.

As the host of a storytelling show that welcomes any story so long as it is true, resonant, well-told, and on-theme I find that the biggest challenge is usually modulating the emotional temperature of the room between tellers. If someone tells an incredible (but heartbreaking) story about addiction and loss, and you know that the next story is a side-splittingly hilarious account of the worst temp job ever then you have to do the work of acknowledging the pain, lauding the teller, and then getting the crowd ready for an emotional 180. I like to think that my years in comedy clubs reading crowds and intently watching other performers of all skill levels really helps me there, and for the viewers at home editing and commercial breaks certainly assists with that.

I moved to Brooklyn at the tail end of last year in order to more fully focus on my standup, storytelling, and writing and that’s been a huge boost so far. Coming back to Boston to tape for Stories from the Stage has been great in terms of remaining hooked into the Boston scene while still taking a deep dive into NYC. My current focus for the next year is to get more of my written humor published, to act more, and to continue working on a one-man show and memoir about my Jeopardy! Experiences. That said, I’m open to whatever comes my way and I never want to box myself into doing just a certain set of things.

I’ve really enjoyed the new Hulu series Ramy. It’s one of the best (and funniest) approaches to the subject of faith that I’ve seen in mainstream media. HBO’s Barry really surprised me with its depth. And Henry Louis Gates Jr.’s PBS documentary about Reconstruction was essential viewing. 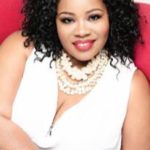 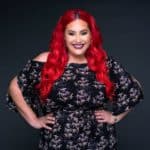