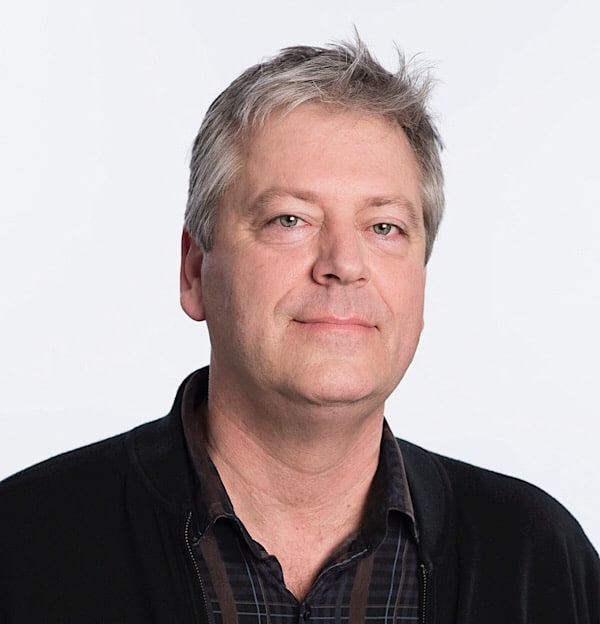 If you are a child of the nineties, you are most definitely familiar with Craig Bartlett’s work. He is the man behind the hit Nickelodeon series Hey Arnold, which still airs in reruns to this day. The show also had two follow up movies, one of which finally revealed Arnold’s last name (although if you rewatch the series closely, you know that it was unknowingly revealed several times!) He has gone on to work n several other projects, including one that helps kids learn about space.

Craig recently took time to talk to TVGrapevine in an exclusive interview. Below are some of the highlights from our chat.

1. Craig’s latest gig is working on the PBS series PBS called Ready Jet Go. This series follows the adventures of Jet, a young boy who goes to earth and teaches his friends about space. Each episode follows a special adventure and teaches kids about space.

This series is airing a special on June 17th (check your local listings for showtimes) that will celebrate the 50th anniversary of Neil Armstrong walking on the moon. He is excited to be able to teach kids about this historic event and more importantly, get their reaction to it. He recalls being a child when the moon landing happened and how much it impacted his life.

2. He loves things involving space and geeks out over anything involving the moon landing and outer space. He has many happy childhood memories involving this and hopes that this Ready, Jet, Go special will help kids of this generation share this love. While we have yet to have a significant space event for the newest generation to witness, he hopes that they learn and want to be a part of the space program themselves.

3. There is a little bit of Craig in the main characters of his shows. He admits that he has a lot in common with Arnold (of Hey Arnold), Buddy (of Dinosaur Land) and Jet (of Ready, Jet, Go). However, out of all three of these characters, he feels as if he relates more to Jet, who is a friendly, enthusiastic kid who loves all things involving space. That being said, each one of the three are exaggerated versions of who he is in real life and face things he has experienced as a child, complete with his own twist!

4. Many of the adventures seen on his shows, particularly Hey Arnold, are exaggerated versions of things he has faced in his own life. The same goes for other characters on the shows. For example, Arnold’s grandparents are written as the grandparents he wish he had growing up, as is Gerald, who was Arnold’s best friend on the show. The character of Helga is based on unrequited love he faced in the past.

As for the ‘exaggerated adventures’ on the show, Craig revealed that the one that stands out for him the most is the field trip episode of the show, where Arnold and his class await to see Lockjaw, a graffiti covered tortoise. This is actually based on something that happened to Craig and a friend when they were in their twenties. His friend ended up rescuing a tortoise who eventually went out on its own once it came out of its shell. He loves basing things on himself and real life experiences, which is his biggest piece of advice for those breaking into the business.

5. So what is next for Craig? He is still working on episodes of Ready, Jet, Go and hopes to continue his relationship with PBS. He thinks very highly of the group of people he works with (especially his friend Linda, whom he met while working on Rugrats), and is grateful for the opportunities they have together. He calls them a good network of people and looks forward to what they do next.

No matter what, he will continue to succeed due to his creativity, sense of humor and kind, loving heart.