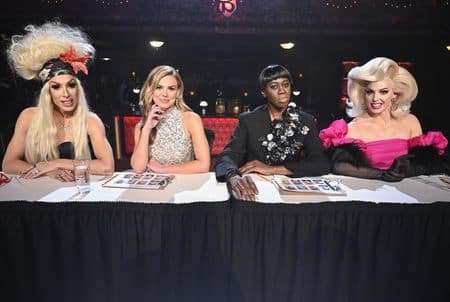 This is the second episode of ABC’s The Bachelorette and the first one where Hannah goes on dates. Chris Harrison makes his usual talk about their feelings for Hannah and drops off the date card. I guess he thinks they can figure out how the dates work after all these seasons.

Grant, Luke S, Mike, Jed, Jonathan, John Paul Jones, Dylan and Luke P are on this date. The clue is ‘I’m looking for my Mr. Right.’ They meet her by some stage and introduces a bunch of drag queens named Alyssa, Alaska and Miss J. They will be participating in a pageant and be judged based on talent and runway presentation. While they get ready, Hannah, Alyssa, Alaska and Miss J talk to the guys and help train them to do their best.

Chris Harrison hosts it, while Hannah and her crew judge. All I can say is wow…..that was pretty special. Between the Speedos, the funny acts and Luke P’s declaration of love….I have no words.

Luke P wins, which surprises exactly no one. However, the guys have a chance to impress her at the after party.

The guys are weirded out by the way Luke P declared his love so soon and Hannah also feels a bit scared, but makes out with him anyway. When he gets back, the guys question Luke P and he says he is going to fight for what he wants.

Jed gets the rose. Does anyone else think of the Beverly Hillbillies when they hear his name?

Tyler G gets the one on one date. They are whisked away in a helicopter as the guys wave and sing. the date consists of riding ATVs and cuddling. The dinner portion consists of them talking about their lives. He gets a rose and they seal with a kiss.

The second group date consists of Daron, Tyler C., Dustin, Garrett, Kevin, Joey, Devin, Peter, Matteo, and Connor J. (Thank you Reality Steve for the pre-show spoilers!) All I can think of is that episode of Psych where Jules went undercover as a roller derby girl in order to catch a killer and find out about a bunch of robberies. Or something. It’s been awhile since I’ve seen the episode. Anyway, these guys epically fail and fall all over the place. Connor falls and gets special attention from Hannah.

At the house, Cam is all emo over the fact that he didn’t get a date this week. Does ANYONE know how this show works….like, at all? Every single season this happens….someone gets all angry over the fact that they don’t get enough time with the lead and whining ensues.

Back to the date. Fred Willard and Chris Harrison judge the contest. it is Orange vs. Green. Dustin gets hurt but I can’t tell if he ended up having to sit out. The green team wins and then it is time to mingle.

There are make out sessions, confessions and revelations, all of which are interrupted when Cam crashes the date to give her flowers and spend time with Hannah. She politely gives him time, despite the fact that he interrupted time with one of the other guys. Everyone is kind of pissed off about it, with good reason. They take turns confronting him, but Cam refuses to apologize.

Dustin gets the rose.

At the cocktail party, Hannah spends more time mingling, talking and making out with the guys.  There is one moment where she screams with one of those guys to, uh, get rid of tension…..and…..sure.

Cam gives her chicken nuggets and honey mustard in a ring box, interrupting Kevin’s time with her. He does invite Kevin, but it is awkward as heck. I got nothing from that except now I want chicken nuggets.

She also has a steamy moment with Luke P, which consists of him being shirtless and getting caught by Tyler G. He is visibly hurt so she apologizes. But why? It looked like it was going pretty far, but that is what the show is about….her connecting with the men. I don’t think it matters if he was shirtless, there were planned massages or whatever they were doing. Didn’t someone end up in a bed with Colton last season? I get where Tyler would feel a bit weird, but I don’t think he deserved an apology either.

Rose Ceremony! Dustin, Tyler G and Jed all have roses.

Garrett (we had a Garrett?)

Connor S. (The one who pulled a Colton)

Luke S (the other Luke)

Mike (Dude who loves his grandma)

Peter (the pilot who gave her wings)

Kevin (the poor dude who got his time interrupted by Cam)

Matteo (dude who apparently has 114 due to sperm donating)

Connor J (the one who spoke French last week)

Luke P sneaks in to get more time with Hannah, which ends up looking awkward and weird. 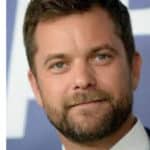 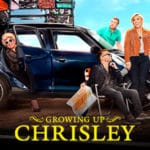