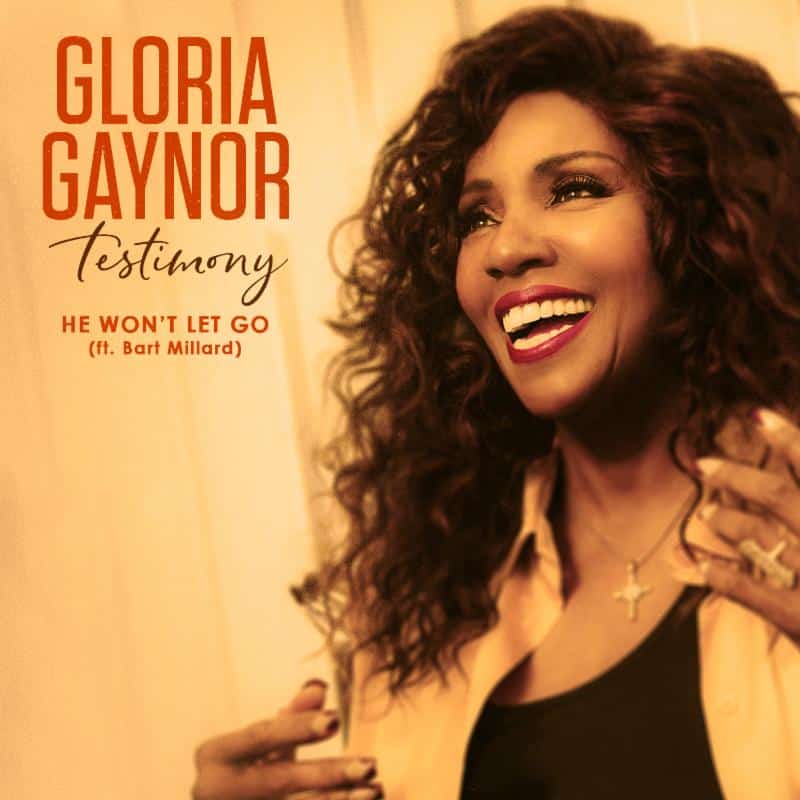 Today, legendary songstress Gloria Gaynor has released a soulful, new single “He Won’t Let Go” from her forthcoming gospel album Testimony (Gaither Music) out June 7th.LISTEN HERE. Fans will automatically receive the song as an instant-grat track with each pre-order of the album and can stream the tune now via Spotify, Pandora, Apple Music and Amazon Music. Featuring the talents of Grammy-nominated musician Bart Millard (MercyMe), “He Won’t Let Go” shines with a joyful, triumphant optimism that reflects the track’s faith-driven lyrics. “This song truly depicts a chapter out of my life. I hope it inspires others to trust the Lord through the trials in their lives,” explains Gaynor. For more information and future announcements, please visit: www.gloriagaynor.com.
The release of Testimony comes as Gaynor’s most iconic hit, “I Will Survive,” turns 40 this year. Comprised of 10 stunning tracks, the album showcases a new side of Gaynor’s Grammy Award-winning musicianship with a combination of carefully-chosen classic hymns, self-penned songs, and a stirring cover of Bob Dylan’s “Man of Peace.” After decades spent as an international music icon, Testimony celebrates her faith, which has been an integral part of her journey both personally and professionally.