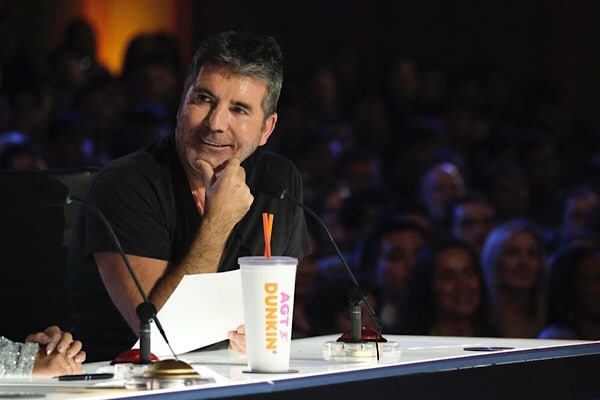 This is the newest season of America’s Got Talent on NBC. Julianne Hough and Gabrielle Union are judges alongside Simon Cowell and Howie Mandel.

Greg Morton: Star Wars Impressionist—4 yeses. He is spot on with very character and sound in the movie. I can’t wait to see more!

Eric Shein: Magician—4 yeses. He began doing magic as a kid, but was sent back to Taiwan to serve in their military. He is six months into his magic this time around and hopes to be as good as last year’s winner.

Sophie Pecora: Singer—4 yeses. She wants to inspire those who have been bullied and share her music with the world. She is quite impressive with her originality in her music and lyrics.

Monkey—Dancer—4 nos. That was….Jules was the nicest by saying to keep on going for his dreams. Everyone else tell him it’s over.

We get a montage of rejects (even though Jules tries SO hard to be nice and encouraging) and then finally get to some more acts where she gets X happy.

Patrizio: Pianist—4 yeses. He plays Fur Elise by Beethoven and then puts his own dubstep /dance spin into it. He even pop and locks. I am ready to break out the AMEX for this act, baby! Also, ladies? he is single!

V. Unbeatable: Dance group-4 yeses. they are from an impoverished part of India and began dancing to give themselves a better life. They are better than any cheerleading team, acrobatic team and dance troupe combined.

Jackie Fabulous: Comedian—4 yeses. She is a divorced comedian who is living her own life now. She is hysterical. she talks about her parents, weight loss TV shows, social media, school and classmates. Simon even kisses her!

Human Fuze: Danger Act—4 yeses. His wife set him on fire and..WOW. It is by far the scariest act of the night, but certainly memorable.

Kodi Lee: musician—GOLDEN BUZZER FROM GABRIELLE!!!! He is blind and autistic, but has an incredible ear for music. It actually saved him, which made me cry. his mind blowing performance made me cry even more.