Lisa Linke is a versatile actress,  podcast host and comedian. She is also hardworking and is living proof that a good work ethic leads to amazing things in life.

In a recent interview with TVGrapevine, Lisa revealed that she has been keeping busy with several projects. However,  she took a break to talk to TVGrapevine in an exclusive interview. Below are some of the highlights from our chat.

1. She has her Go Help Yourself podcast, which takes a comedic spin on self help books, as well as a live Instagram show, where she helps promote new talent by allowing viewers to show off their improv skills. In addition, she also has her web series, Dog Moms, which is a parody of Dance Moms.  She excels at each project and reminds us of why she is so well loved by her fans.

2. Lisa is also set to star in a horror movie, which will be released in the coming months. While her specific involvement in that is being kept under wraps, I can promise that fans will love seeing her in this incredible role. She looks  forward to seeing how her fans will react to this new movie.

3. Lisa has also appeared on several other hit shows, such as Teachers, Successful People and Grey’s Anatomy and won the audience over with her charm, wit and personality.  Her talents don’t end with her acting though. She is also known for her improv work, as well as her work as a writer and producer. She proved she was a triple threat with her project Rick & Len Fix Sh!t In Your House, which led to her adding award winner to her already impressive resume.

4. So how does she balance it all? The truth is, she doesn’t! Lisa admits that she loves being busy and does the best she can on everything. She puts her all into everything and is a role model to women everywhere, not only for this, but by being who she is as a person.

5. Lisa is not only big into acting, but she is also passionate about several social issues. She has participated in the Women’s March for the past couple of years, where she gave a moving speech. She also is very passionate about recycling and working to make the world a better place. One of the biggest things she is involved in is ending the use of plastic straws, due to the harm they do to the environment and animals.

Keep checking back for more information on Lisa’s career 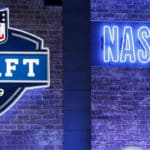 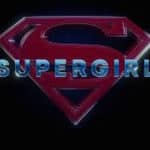