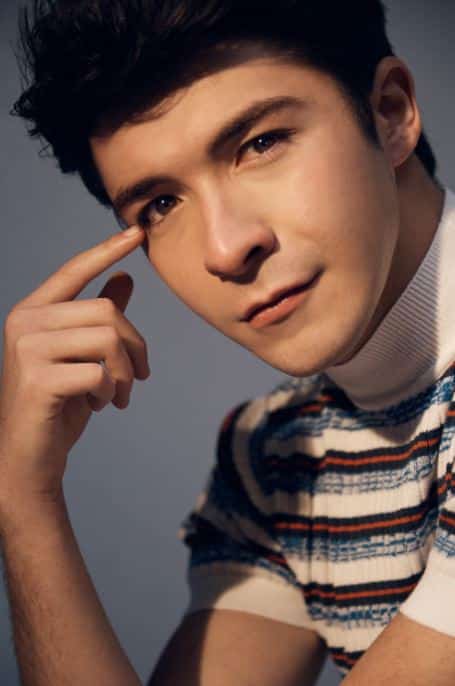 Sloane Siegel may be young, but he has the talent and star quality of those three times his age. He is also charming, charismatic and kind, making him the whole package when it comes to the term superstar.

The actor has been seen in shows such as Modern Family, Big Time Rush and NCIS,  as well as Gortimer Gibbons’s Life. On Normal Street,  the role that put him on the map.

The eighteen year old can now be seen in the new BYU TV series Dwight in Shining Armor, where he plays the title character. The show follows the life of a young man named Dwight who accidentally falls into a medieval world,  awakening a princess,  villains and others in that time period. The show is also told through the eyes of the audience, which gives it an interesting, unique concept.

In a recent interview with TVGrapevine, he revealed that he initially heard about the show through a girl he was dating at the time. He loved the concept of the show, as well as the character and decided to go for it.

He added that he finds the character of Dwight to be very relatable. The two of them have a lot in common, particularly when it comes to their personalities and helping people.

While he loves the show and role, there is one specific role he wants to take on in the future. His dream is to play a character that  has a split personality. However, he wants to be able to make it so the character and dissociative identity disorder are portrayed properly. He thinks this kind of role will be very challenging and that he could really sink his teeth into it.

Sloane has the perfect combination of youthful innocence and mature, hardworking adult. He also has an amazing sense of humor. This will not only help him succeed in his career,  but in life. I look forward to seeing him blossom into an amazing actor and person in the future.