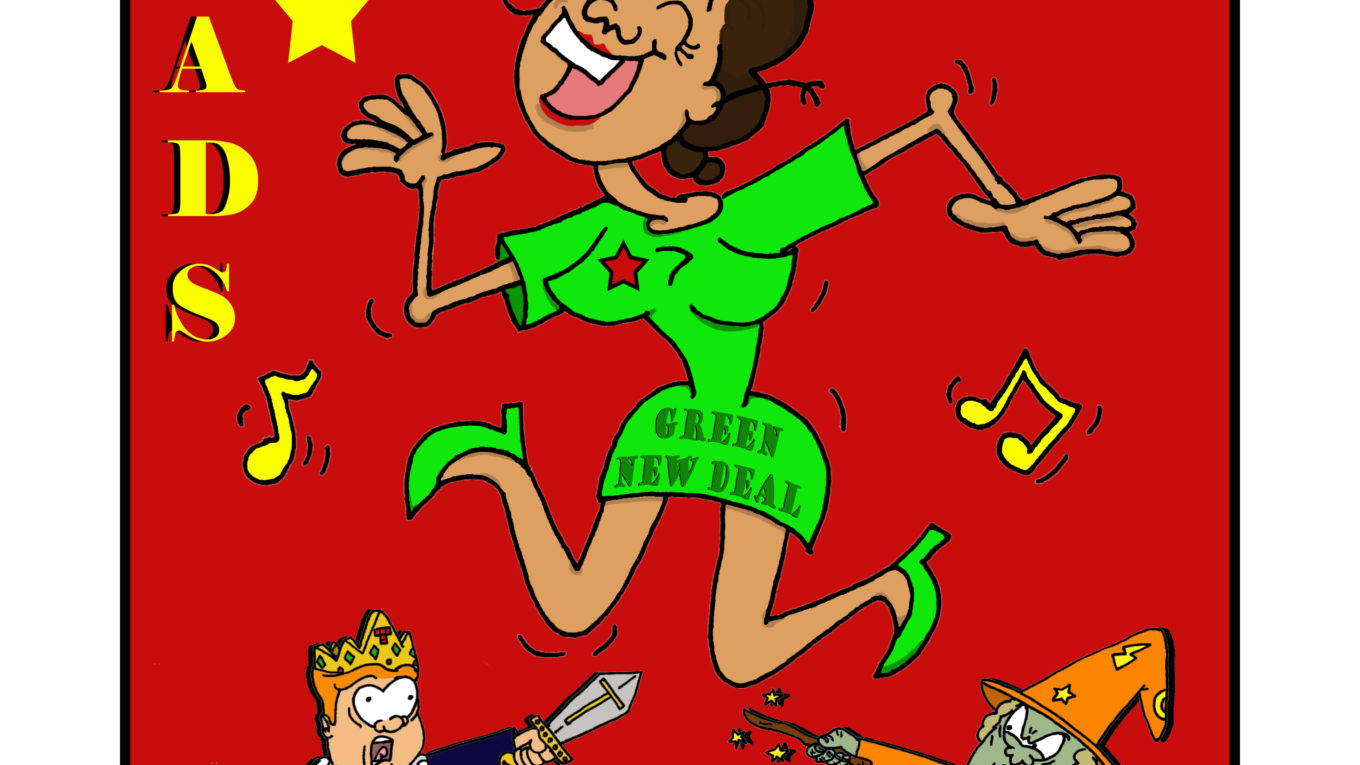 Once upon a time there was a Wild King who made everyone mishuggah, an Evil Witch with Vertigo and a Dancing Princess who wanted to rule the land. Here’s What Happened Next…

In Book One of the 72-page black-and-white #DancingToTheWhiteHouse, the secret organization M.A.D.S. (Make America Democratic Socialist) persuades Congresswoman Ocasio-Cortez (“you don’t have to listen to that Nancy Pelosi anymore”) she’s the only person who can prevent Donald Trump’s re-election, destroy capitalism, and stop the extinction of the human race.

Buoyed by campaign promises such as ending racism with high speed rail lines and stopping global warming by abolishing ICE, along with the counsel of the Socialist Chorus (“Democracy huh yeah, what is it good for, ab-so-lute-ly nothing”), Alexandria-mania (featuring the campaign slogan Socialism. Don’t Worry. It’s Not Our Money) sweeps the country and Ocasio-Cortez becomes the front-runner for the Democratic nomination.

From AOC dance studios and Lin-Manuel Miranda’s upcomingBroadway musical with Jake Gyllenhaal as Riley Roberts, to the Congresswoman guest hosting for Bill Maher, Stephen Colbert and Jimmy Kimmel during Put The Free Back In Freedom Week, the era of the Green New Deal seems inevitable.

But not so fast. The Evil Witch hatches a plan to thwart AOC –setting the stage for her own daughter’s candidacy.

Says writer Gary Morgenstein: “Liberal themed satire is commonly found on Saturday Night Live and late night talk shows as well as MSNBC, CNN, the New York Times, etc., but there’s a dearth of satire from the conservative perspective. Maybe because people threaten to beat us up and bar us from college campuses. Conservative humorists are the new underground counter-culture, reflected in this guerrilla style of storytelling from myself and artist Mark Karlson. In these crazy times, we all need to laugh more, at others and especially ourselves.”

Morgenstein has published five traditional novels including the critically acclaimed A Mound Over Hell, set in 2098 following America’s defeat by Islam in World War Three as baseball begins its final season ever. 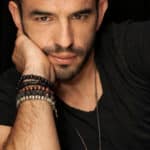 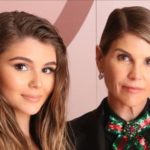