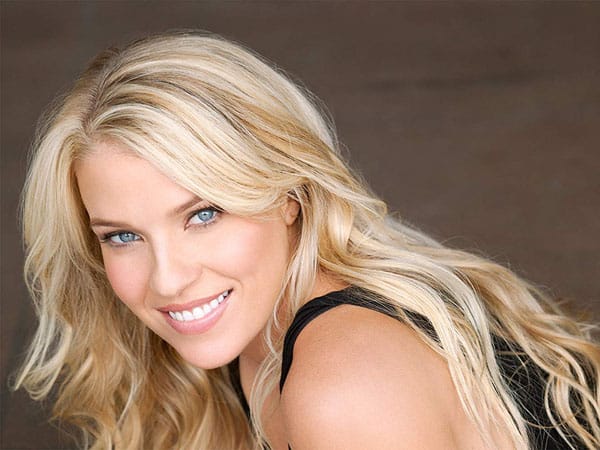 Alicia Leigh Willis has been a familiar face for many years. She has been on shows such as General Hospital, 7th Heaven and The L Word,  as well as several movies.   Each time she performs, she lights up the screen and draws us in with incredible, jaw dropping performances.

Now the blonde beauty is starring in a brand new Lifetime movie called Mommy’s Little Princess. The movie, which is set to air tonight, tells the story of a woman who adopts a young girl with her boyfriend. The girl discovers that she is related to royalty, causing her behavior to change dramatically. The movie takes on a dark turn,  keeping everyone guessing until the very end.

In a recent interview with TVGrapevine, Alicia, who plays the role of Julianna, said that this was an incredible project to work on and role to have. While she could not give too  much away, she said that there were some intense moments. The most dramatic happened when she was working with Sarah Abbott, who plays her adopted daughter Lizzy.   Once Lizzy finds out she is royalty, her entire personality and life changes,  which causes a lot of problems for the entire family.  You will need to tune in to see what that means!

As for working with her costars, Alicia had nothing but good things to say about them all. She says that she felt  as if she was working with family and that everyone on set was incredible.   There was a wonderful bond between them,  which made making the movie that much better.

She especially thinks very highly of her young costar Sarah, saying that she not only thinks she did amazing in this movie,  but in other projects as well.  She thinks Sarah is one of the most professional actresses she has ever worked with and cannot wait to see what she does next.

So what is next for Alicia? She has some things in the works,  but her favorite thing she is working on is a YouTube show with her daughter.  The culinary school alum and her daughter teamed up to make a cooking show called My Kind of Kitchen,  which shows them sharing moments of kindness through cooking. A recent episode showed them making cookies for her daughter’s teacher.

In addition, she is still working on The Bay, where she plays the role of Avery. No matter what she does, she will continue to prosper and succeed like the superstar we know and love.