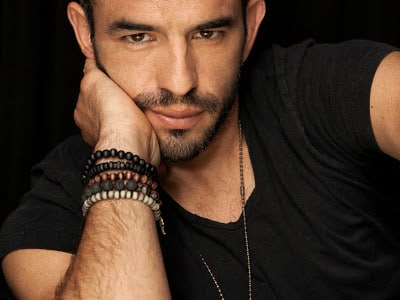 Guillermo Ivan of La Historia del Cholo Adrian discusses his time on the show with TVGrapevine.

One of the main factors in this series, which is also an important element, is that it was inspired by the true story of El Chapo Guzman and El Cholo Adrian who used to be the righthand man of El Chapo Guzman. However, the authors took it to a completely different direction focusing on elements mainly in the second season. It’s a story full of drama, but it portrays the world of “subcultura.” When you are talking about narcos and specifically about narcos from Sinaloa, you really have to understand the context, it goes into so many different layers and so many different aspects. When we were developing the characters and the project, we really had to go through all those layers to better understand the way they dress, the kind of music that they listen to, the kind of icons that they follow. It’s a very particular world so in this series “El Desconocido” you will see the way we depict that world that portrays all that in a very specific matter.

When I had the initial conversation with Gonzalo Gonzalez our producer and director, he got me on the phone and I was shooting a movie. He told me about the project and he sent me the script and it’s one of those things that you can sense. It really goes through your intuition rather than the mental process, at that time of El Desconocido, it wasn’t a big production it was a very small project. Cinelatino was taking the risk to bring something different to the table as a leading company in Hispanic television. They wanted to innovate, and they wanted to be disruptive. It was a risk at first, and it was one of those feelings, because I remember reading the first five episodes of season one, and I remember sensing something different. Feeling something different, like intuition not a rational process not coming from my mental process it was coming from my gut and I believe in that! I believe best things in life come to you when it comes from your gut, rather than mental process.

I really hope people can navigate these characters in season two. Something that is very different than season one is the human factor.  As a matter of fact, that’s what makes this project unique in a market. You’re not going to see clichés or stereotypes. Which is so easy to land in that world. Every time you’re talking about a narco it’s bad guys versus the good guys. In this case, Cinelatino is taking the chance to go opposite direction, it’s bringing real humans as any of those great pieces in the past. If u see the Godfather and Scarface any of those iconic projects, they we are depicting human beings that was really, in my opinion, what attracted me to those great characters in history of cinema. Here, Cinelatino is taking the same direction. You get to see El Cholo by itself who has to be a tough guy, he has to have this armor to protect himself, but you will see the fragile, the weakness, the fear in that character and not only in him but the rest of the characters. Another great factor that I really want the audience to get into is the female side of the story. Every single character is so deep and profound, and they are leading strong characters. This is a series that is disruptive and brings something to the table.

In my case, as an actor the biggest challenge when developing the character and developing the story was with the character itself. It was finding the fragile side that I was referring to earlier. I wanted to portray that in the character instead of the toughness. Diving into the shadow of his mind and understanding all the physiological process of someone like him without judging him was a real challenge. The natural way to go every time you read about someone like him it’s judgmental. By nature, you are going to judge someone who is doing something wrong but your job as an actor is to try to understand the emotional perspective, not that rational perspective nor the social perspective.

The team is what makes this project unique. When I mention the team, I don’t just mean the creative head like our producers James McNamara, Carolina Bilbao, the play writer Erick Hernandez, or the director Gonzalo Gonzalez. Just working with the crew and talent on set was phenomenal because it was magic. I am being honest, this project, it couldn’t have happened if we didn’t have such an amazing team in place.

I am working on other projects! I am full handed. I am shooting a movie in New York called “The Last Rumba” and it has to do with Latin music in New York. I will start working on a project called “Redemption” in between Istanbul, Turkey, New York and the Dominican Republic. I am also doing promotion for my latest movie that premiered on March 12 here in the U.S and today, March 14 it had the theatrical premiere in Russia. I also have another theatrical premiere next Tuesday, March 19, in Portugal called “Welcome to Acapulco.” You know a lot of traveling and projects, but I have been enjoying it all.

Not many people know that I absolutely have to go and work out. I feel incomplete if I don’t and my vibe isn’t the same. I honestly don’t feel like myself. Even if it means I must wake up at 3 am in-between shooting movies or traveling, I have to. You know it’s all about the endorphins, even my doctor tells me that. 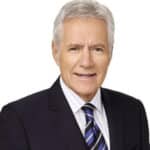 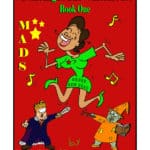