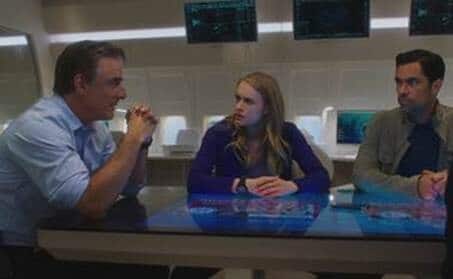 Faced with the missing person cases of three young women in college, Frank Novak (Chris Noth), Kit “Kick” Lannigan (Leven Rambin), John Bishop (Danny Pino) and James Finley (Andy Mientus) must investigate the popular rideshare app, DestiNation, when the girls took rides but never made it home. In an effort to find and save the victims, and catch the perpetrator, Kick and Bishop pressure the owners of the app, but Kick’s intuition leads the group in a different direction. In episode, “Ride,” Frank makes a significant discovery through which Kick and Bishop ultimately uncover the shocking truth of the missing women, airing Wednesday, March 6 at 9/8c on WGN America.