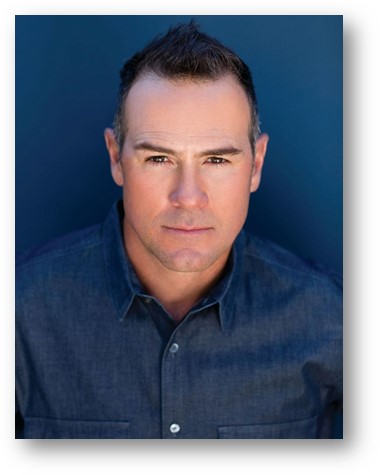 (LOS ANGELES) – Discovery Channel is lining up an all-star team of adventurers for its 2-hour live special, ‘EXPEDITION UNKNOWN: EGYPT LIVE,’ airing Sunday, April 7, live on both coasts at 9 PM ET / 6 PM PT on Discovery. The epic 2-hour event will also simulcast on Travel Channel and Science Channel and air in nearly 100 markets around the world on Discovery.

The network announced today that TV personality Chris Jacobs will join the team in Egypt led by adventurer and avid explorer Josh Gates, who will take viewers underground through a network of tombs.

Jacobs has a long history with Discovery live events, serving as the digital host during Nik Wallenda’s tightrope walk over the Grand Canyon in SKYWIRE LIVE and in Chicago for SKYSCRAPER LIVE. Jacobs has also served as host for DISCOVERY LIVE: INTO THE BLUE HOLE, CHOPPER LIVE, GOLD RUSH LIVE and the live broadcast of the Barrett-Jackson Auto Auction for Velocity (now MotorTrend). In addition, he is the regular host for TLC’s LONG LOST FAMILY and serves as host of the popular automotive makeover show OVERHAULIN’ on MotorTrend.

Also joining the team is world-renowned Egyptologist Ramy Romany, who has dedicated his entire career to uncovering rare artefacts using the latest technology. Discovery has assembled the top experts in the field for the live broadcast including Egyptologist Dr. Zahi Hawass, and Mostafa Waziri, the secretary-general of the Supreme Council of Antiquities of Egypt. The event will be produced by Discovery Studios and Ping Pong Productions in association with Big Dreams Entertainment with Leslie Greif as executive producer.

Viewers will have the rare opportunity to see the inner chambers of an excavation site, where archeologists recently uncovered a network of vertical shafts leading to an underground network of tunnels and tombs with 40 mummies believed to be part of the noble elite.

The massive underground complex of chambers is a treasure trove of antiquities – all laying undisturbed for thousands of years. But there are several chambers yet to be explored – and many more discoveries to be revealed, including a mysterious limestone sarcophagus found buried deep within the complex. The identity of the mummy inside has been a mystery for 3,000 years… Possibly until now.

About Discovery Channel:
Discovery Channel is dedicated to creating the highest quality non-fiction content that informs and entertains its consumers about the world in all its wonder, diversity and amazement. The network, which is distributed to 88.3 million U.S. homes, can be seen in 224 countries and territories, offering a signature mix of compelling, high-end production values and vivid cinematography across genres including, science and technology, exploration, adventure, history and in-depth, behind-the-scenes glimpses at the peoples, places, and organizations that shape and share our world. For more information, please visit www.discovery.com

About Discovery:
Discovery, Inc. (Nasdaq: DISCA, DISCB, DISCK) is a global leader in real life entertainment, serving a passionate audience of superfans around the world with content that inspires, informs and entertains. Discovery delivers over 8,000 hours of original programming each year and has category leadership across deeply loved content genres around the world. Available in 220 countries and territories and nearly 50 languages, Discovery is a platform innovator, reaching viewers on all screens, including TV Everywhere products such as the GO portfolio of apps; direct-to-consumer streaming services such as Eurosport Player and MotorTrend OnDemand; digital-first and social content from Group Nine Media and a strategic alliance with PGA TOUR to create the international home of golf. Discovery’s portfolio of premium brands includes Discovery Channel, HGTV, Food Network, TLC, Investigation Discovery, Travel Channel, MotorTrend, Animal Planet, and Science Channel, as well as OWN: Oprah Winfrey Network in the U.S., Discovery Kids in Latin America, and Eurosport, the leading provider of locally relevant, premium sports and Home of the Olympic Games across Europe. For more information, please visit https://corporate.discovery.com/and follow @DiscoveryIncTV across social platforms.