BURBANK, Calif. (March 8, 2019) — After creating the first-ever university scholarship endowment — The Big Bang Theory Scholarship Endowment at UCLA — named after a television series four years ago, The Chuck Lorre Family Foundation (TCLFF) announced today that in honor of the show’s final season, it has doubled down on its support of The Big Bang Theory endowment for undergraduate scholars in the fields of Science, Technology, Engineering and Mathematics (STEM). Established in 2015, the Endowment initially provided for five annual scholarships, in perpetuity, for students in financial need. The endowment was originally funded via a founding donation by TCLFF combined with gifts from more than 50 individuals associated with the series — including the show’s stars, executive producers, writers and crew — plus partners such as Warner Bros. Television, CBS, ICM Partners, United Talent Agency and more. With renewed donations to celebrate the end of the series, more than 80 individuals have made contributions to date, allowing for The Big Bang Theoryscholarship to now fund 10 scholars each year in perpetuity. The Endowment currently supports 35TBBT scholars and has raised more than $5.5 million for UCLA students in financial need studying in STEM fields.

Dell Technologies, a longtime supporter of advancing science and technology skills, has also made a donation to the undergraduate Endowment and will be gifting the first graduating class of TBBT/UCLA scholars with new Alienware m15 laptops at a special celebration on The Big Bang Theory set with the producers, cast and crew.

Additionally, TCLFF has announced the establishment of The Big Bang Theory Graduate School Fund. This fund will provide four-year scholarships of up to $15,000 per year exclusively for graduatingTBBT/UCLA scholars who will be continuing their STEM education in graduate school within the University of California system. TBBT/UCLA graduating scholars who will be pursuing their graduate studies outside of the UC system will be eligible for a one-time grant of $15,000.

In addition to centering many of its episodes in the worlds of science and technology, The Big Bang Theory enjoys a healthy appreciation and support from the scientific community at large. And the show’s connection to UCLA extends beyond the scholarship fund: Series star Mayim Bialik earned a Ph.D. in neuroscience from UCLA, while professor of physics and astronomy David Saltzberg, Ph.D., serves as the show’s science consultant.

The Big Bang Theory airs Thursdays at 8/7c on CBS and five nights a week in syndication. The acclaimed comedy ranks as the #1 entertainment series on broadcast network television among Adults 18–49 and Total Viewers for the 2018–19 television season to date. It will conclude its 12th season in May 2019 as the longest-running multicamera comedy in television history, with 279 episodes.

At UCLA, more than 50 percent of all undergraduate students receive need-based scholarships, grants or other aid. That includes approximately 35 percent of undergraduates who receive Pell Grants, federal aid for students from low-income families. More than one-third of UCLA graduates are the first in their family to graduate from a four-year college or university.

In addition to its support for The Big Bang Theory Scholarship Endowment at UCLA, The Chuck Lorre Family Foundation recently created a new public school grant program —The Young SheldonSTEM Initiative — inspired by the hit comedy series Young Sheldon. The program was created tofoster excitement for learning in STEM fields, specifically in support of U.S. public schools, teachers and students. The program funds two-year educational grants totaling more than $600,000.00 which are awarded to 19 select elementary, middle and high schools in Southern California, where Young Sheldon is produced, and East Texas, where the show is set.

About The Big Bang Theory 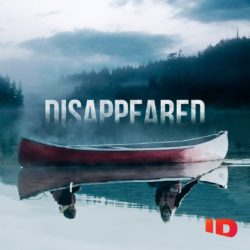