(New York, NY) – “ID Addicts” rejoice! There is now a digital show dedicated to those who love all things true crime. Hosted by self-proclaimed true crime fanatic Traci Stumpf, CRIME OBSESSION is a weekly talk show that provides a forum for discussion about the cases true crime fans are obsessing over. Designed to spark engagement across the true crime community, CRIME OBSESSION will continue the conversation about what viewers see on ID’s air and beyond. The show will touch on topics like missing persons, famous cases, favorite podcasts, scenes caught on tape and more. Featuring a rotating cast of Investigation Discovery talent and expert panelists from the true crime universe, CRIME OBSESSION picks up where social buzz leaves off and gives ID superfans their true crime fix for the week.

Segments include conversations with experts in their field, such as journalists, detectives, psychologists and forensic scientists. The show also includes a weekly review, where Traci talks about the biggest crime stories of the past week. Fans can follow along on social media and will be able to send in questions to Traci and make suggestions on topics to cover in future episodes. True crime fans will have the chance to bring up their favorite cases and discuss details within the Facebook community. The conversation might start on social media, but Traci helps continue it in real life. Each episode will have special guests and unique segments included, proving that the obsession is real.

Crime Obsession guests will include:

Candice DeLong is a former FBI profiler and internationally recognized homicide expert. In her twenty-year FBI career, she was frequently at the forefront of some the bureau’s most memorable cases, including the Tylenol murders and the Unabomber case. Today, DeLong uses her clinical, profiling and investigative skills to explore some of history’s most fascinating female killers in Investigation Discovery’s long-running hit series DEADLY WOMEN.

Callahan Walsh is a child advocate for the National Center for Missing & Exploited Children (NCMEC). He has dedicated his career to working together with law enforcement, including USMS, to further NCMEC’s mission and to help change laws in favor of child victims. He is the son of John and Revé Walsh, who co-founded NCMEC in 1984 after the kidnapping and murder of their first son, Adam. Following in his father’s footsteps, Callahan is now a correspondent on ID’s newest hit series IN PURSUIT WITH JOHN WALSH.

Dr. Kim Chronister is a Licensed Clinical Psychologist, author, and media commentator. She earned a doctoral degree in clinical psychology from Alliant International University (CSPP). As a respected expert in the field of clinical psychology, Dr. Kim Chronister has been asked to comment on such subjects as substance abuse, relationships, and other psychological issues for respected news magazines, radio shows, and documentaries.

Caitlin has taken her love of true crime to the airwaves as co-host of the immensely popular “White Wine True Crime” podcast.  But Caitlin’s more than just a true crime fanatic who likes to talk.  She’s developed a keen talent for astute commentary of the cases covered on her podcast…albeit delivered with a healthy dose of comedy!

This Tennessee native has been involved in the world of crime from a young age.  Her father was a police office and her sister was a jailhouse nurse.  Although she’s a true crime video journalist, Karen’s interest in true crime extends beyond a professional interest. She is also a certified private investigator and she’s completed the FBI Citizens Academy. 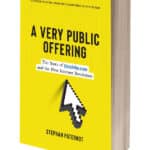 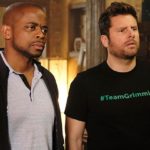