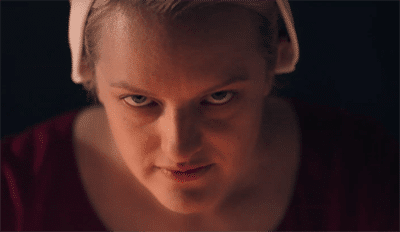 For the third year in a row, Hulu has featured an original series in their Super Bowl ad. The 30-second spot aired during the first quarter of today’s game and gave viewers a sneak peek into season three of the dystopian series The Handmaid’s Tale. The Super Bowl ad kicks-off the season three marketing campaign for the award-winning Hulu Original.

The Handmaid’s Tale spot takes inspiration from Ronald Reagan’s iconic “Morning in America” campaign commercial to creatively set-up the storyline for the upcoming season, which features themes of optimism, hope and renewal as characters attempt to take a stand against Gilead. The first sneak peek into season three shows the heroine June sharing a bold call to action for America, the country Gilead was born out of, to “Wake Up.”

Season Three of The Handmaid’s Tale is driven by June’s resistance to the dystopian regime of Gilead and her struggle to strike back against overwhelming odds. Startling reunions, betrayals, and a journey to the terrifying heart of Gilead force all characters to take a stand, guided by one defiant prayer: “Blessed be the fight.”

The spot follows last year’s Super Bowl spot which introduced the world to Castle Rock and comes on the heels of Hulu’s growth to more than 25 million U.S. subscribers. Below is a link to the full 30-second spot that aired during the first quarter of today’s Big Game.