LOS ANGELES – February 8, 2019 – Combate Americas today announced the launch of a two-part, live television Mixed Martial Arts (MMA) fight series featuring a lineup of top rising stars from Mexico and Spain facing off against one another, beginning with a showdown at the historic Lucha Libre venue, Arena Coliseo in Guadalajara, Jalisco, Mexico on Friday, March 8, live in Spanish in the U.S. on both Univision (12 a.m. ET/PT) and UDN (12 a.m. ET/9 p.m. PT), and in English in the U.S. and Canada on DAZN (10 p.m. ET/7 p.m. PT).

The two-part live event series will conclude in Spain in the fall.

“Mexico and Spain are two of the fastest rising MMA scenes in the world,” said Combate Americas CEO Campbell McLaren.  “This is nothing short of a global battle for supremacy.”

Priced from MX $330/15.19€, tickets for “Combate Americas: Mexico vs. Spain” are on sale online at CombateAmericas.com/Guadalajara and Ticketmaster.com.

Herrera is a 29-year-old native of Guadalajara and 11-year veteran of the sport who has produced eight of his nine-career wins by way of (T)KO or submission.

A former competition reality television series contestant on The Ultimate Fighter: Latin America 2, Herrera will look to return to the win column in what will mark his promotional debut for Combate Americas following his exit from the Ultimate Fighting Championship (UFC) last year.

The 26-year-old Capella of San Luis, Menorca, Spain will make his Combate Americas promotional debut riding a five-fight win streak, with all five victories having come by way of (T)KO or submission.

In his latest effort last April 7, Capella earned a second round (3:24) TKO (leg injury) win over Chrisophe Rea in a matchup in Carcassonne, Aude, France.

The 29-year-old Madrigal of Guadalajara is coming off an epic, career-best performance, defeating fellow rising star Cristian Quiñonez by way of third-round (2:14) submission (rear-naked choke) after a relentless, see-saw battle at Combate Americas’ debut live event in Guadalajara on October 26, 2018.

The 25-year-old Ruiz of Las Palmas, Gran Canaria, Spain is riding a four-fight win streak headlining into what will mark his debut for Combate Americas.

Another aggressive finisher, Ruiz has claimed all but one of his seven career victories by way of (T)KO or submission.

Fighting out of the famed Team Grasso in Guadalajara, the 20-year-old Mariscal made an impressive professional debut at Combate Americas’ inaugural event in Guadalajara, dominating a more experienced Brenda Enriquez for three consecutive rounds en route to a unanimous decision win.

Rico of Alicante, Spain will look to rebound from a second round (2:46) TKO (leg kicks) defeat at the hands of Yajaira “Shoko” Romo in Combate Americas action in Monterrey, Nuevo Leon, Mexico on May 18, 2018.

A complete preliminary bout card for the first installment of the “Combate Americas: Mexico vs. Spain” series will be announced soon.

Doors at Arena Coliseo will open for the event at 6 p.m. local time, and the first preliminary bout will begin at 7 p.m. 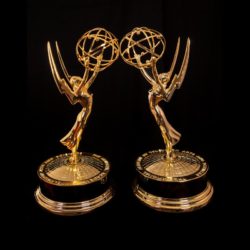