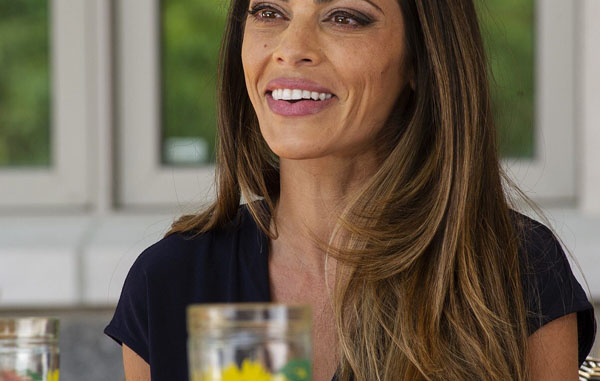 Lindsay Hartley is best known for her amazing acting on daytime TV, but now she is making a name for herself in the TV movie genre. She has played dual roles as twins, moms fighting for her children and everything in between.

Now she is taking on a more challenging role in her latest Lifetime movie, set to air this weekend. In a recent interview with TVGrapevine, Lindsay talked a bit about the role and how she prepared, as well as some goals for the coming year. Below are some of the highlights from our chat.

1. In My Mother’s Split Personalities, Lindsay plays Gail,a mom and widow who is trying to adjust to life after many life changes. Things start to take a dangerous turn once she meets her new boyfriend Warren.

As her relationship with Warren develops, Gail takes on multiple personalities. They include a six-year-old named Amy, one who is her wilder, naughtier counterpart and Sadie, the one who is in control—and also a cold blooded killer. This leads to things becoming dangerous….and for her daughter Julie to try and figure out what is happening on order to save her mom.

2. She admits it was quite challenging to play someone with multiple personalities, but she thinks she did each one justice. Her favorite one to play was Sadie, the cold blooded killer. She reveals that she loved this particular part of the role because Sadie was always in control.

As for how she prepared, she did some reading on Dissociative Identity Disorder and tried to put her best spin on each personality.

3. Lindsay also says that she loved working with the cast and crew on the movie. She developed a deep bond with her TV daughter, played by Kayla Wallace. She says the two really bonded and have stayed in touch after filming. They even visit each other when they are in the same town. Lindsay speaks very highly of Kayla and is very proud of all she has done.

4. As for what’s next, Lindsay is focused on her writing. She has several projects in the works and hopes that they come into fruition in the coming year. She is also focusing on giving back and being the best mom and person she can be.

5. As her fans know, Lindsay got her start on the daytime serial Passions and also appeared on Days of Our Lives and All My Children. She says that she loved her time on all three soaps and loves how the fans were so dedicated, especially when it came to Passions. She would love to return to daytime TV if the right role came along. Her other acting goal is to do more romantic comedies and explore that genre a bit more in the future.

My Mother’s Split Personalities airs this weekend on Lifetime. Check your local listings for showtimes. 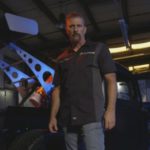