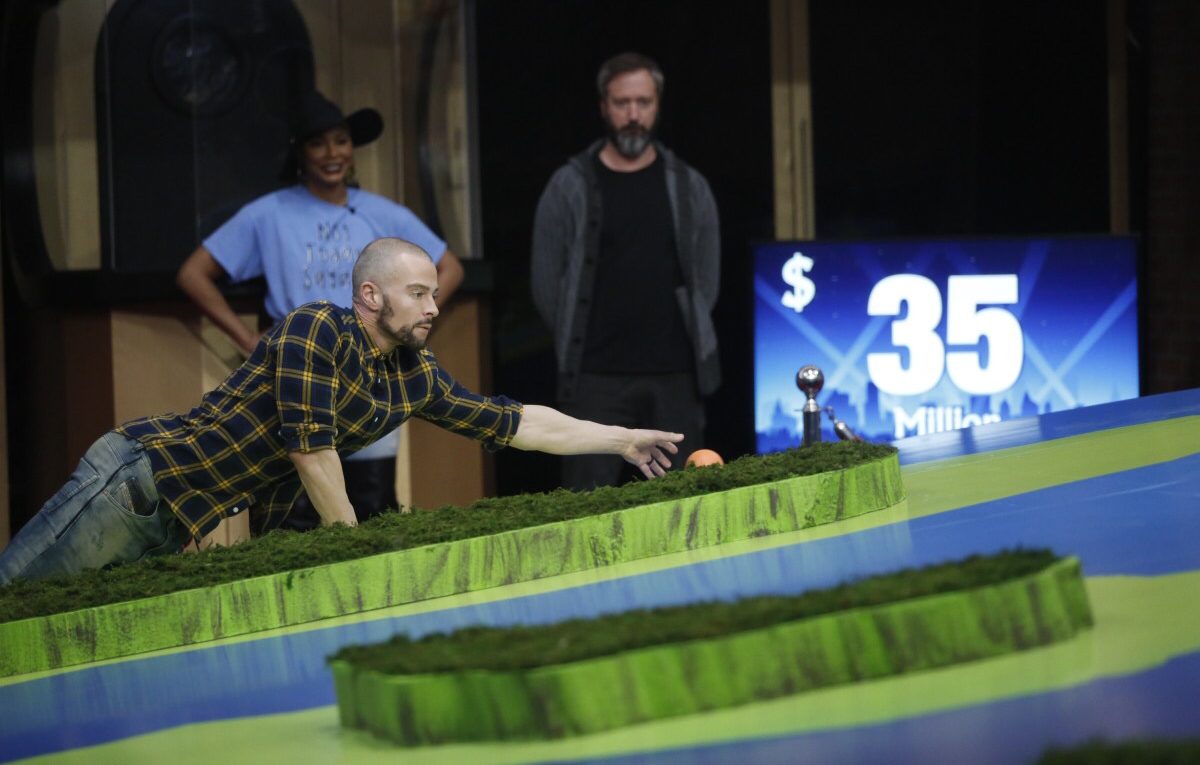 Tonight is night seven of Celebrity Big Brother on CBS. When we last left our houseguests, we saw Ryan Lochte get sent home after being backdoored by Tom Green. We will now witness a new HOH be crowned, two more houseguests be put on the block and the winner of the Power of the Publicist. Confused? You won’t be at the end of this episode of Big Brother.

Kato Kaelin says someone from his alliance now needs to win the competition. He talks to Joey Lawrence about it, who hopes he wins HOH. The two of them seem to be in an alliance with Tom.

LoLo Jones is crying over the fact that she voted against Team USA. She thinks she is a traitor. Yet she says she never had a good partnership with him. So which is it? I’m not sure what her issue is, other than they were friends outside the house.

Joey fills the girls in on his chat with the guys, saying they plan to canabilizing anything. He plans to plan an alliance to help break up the stronger one in the house. Tamar Braxton is not having any of it, and plans to win HOH.

The girls think they need to win if Tom doesn’t. Ricky comes in and says that Joey said the girls are too confident. Joey is now Public Enemy #1 in their eyes.

HOH competition! It is some sort of haunted house thing that has people screaming like Burton Guster from Psych. I would literally die if I had to do this. Literally crawl in a corner, cry and then die. I can’t exactly figure out what they are doing, but from what I can gather, it is looking for keys and trying to get out of there.

The whole thing is scary, but it is funny seeing them freak out. I am with Tamar, I am not into this kind of stuff either.

Tom keeps screaming that the dead guy has the key.

There is so much action it is hard to keep up, but LoLo is a bad ass!

Tom is the winner. Joey thinks he is on the block now.

Kandi questions Tom about being in another alliance, but he denies it. He seems to be playing dumb.

Everyone is divided in their alliances and talking about the hashtags they want to see trending on Twitter.

Ricky is surprisingly playing a snitch and trying to play everyone. Considering I keep forgetting he is there, it is a bit of a shock.

Tom seems to accept Ricky in his alliance, but also wants to get rid of him. He and Kato discuss what to do and it seems like they want to get rid of the stronger ones like Ricky. Tom also adds that he isn’t sure he can trust Ricky.

Entertainment Tonight tells them about the Power of the Publicist twist. They are all excited, although Tom is worried that he might have his plans ruined.

Tamar wins and is excited to have the power to save herself if she is on the block. Nobody else knows, so Tom has to try and figure it out so he knows who to put on the block.

Joey plans on winning the veto to save himself. Kandi thinks Tom is stupid and is over it all.

Tamar is glad she didn’t have to use her power yet.