Tell me a bit about yourself and how your career got started.

So to tell you a bit about myself is going to be difficult. I’m an actor and so you know I love to talk about myself… just joking. I grew up in Dayton, Ohio. I’m the oldest child of Clifton and Alice Cook and I had some great influencers in my life as well as role models. First and foremost, my parents, then public school teachers – one in particular Ms. Patricia Copeland. After high school I got a full scholarship to study acting at the prestige Mountview Theatre School in London, England. I am the proud father of five incredible human beings and I continue to have a great support system beside me with my amazing wife Angelica. Was that a bit or did I go too far?

What is your role on Manifest?

On Manifest I play Radd Campbell, a Jamaican violinist.

The concept of the show that was pitched was very intriguing: “getting on a plane and disappearing for five years, then returning not knowing you had been gone”. Sounds good, right? Then also what attracted me was the creative team attached to the project: Robert Zemeckis and David Frankel. That’s pretty high cotton as my grandmother use to say.

Tell me about your involvement in The Chi.

I am so excited about The Chi and I can’t wait for you guys to see the work that I and the rest of this amazing cast have done. I wasn’t a part of season one but was a fan of the show. Then once we got the offer to join the second season and I found out that not only was Lena Waithe still spearheading, but Ayanna Floyd Davis and Joe Wilson were also on board to guide this ship, I knew I had to do it. And the stories that they prepared to bring was really a dream come true. The truthfulness that we bring to this season will be very exciting to see.

How would you describe your character?

I would describe Douda as a man of action who knows his worth and isn’t afraid to assert it if necessary. He’s a very wealthy man and is highly educated with a few secrets that reveal themselves throughout the season. But he’s not without heart.

How did you prepare for the role?

I prepared for the this role the same as I do for most: after making a back story for them, finding their ultimate needs and wants, I do lots of reading and watching as many documentaries about the subject as possible. Then, in this case, I went back home to Dayton and talked to childhood friends who grew up a little differently than I did and got their perspective on some timely issues. That’s just the start. Then I find that place in myself that this character can live and grow. Which is easier said than done (sometimes).

What do you hope people like about the show?

I hope that people like the fact that they are seeing themselves on television – the good, bad and the honest – in ways that they haven’t for a long time. You know it’s refreshing as a black person in America to see a true representation of yourself in pop culture. Something that’s authentic, so real you can almost smell it. That was one of the things that caught me off guard about the first season of The Chi. What Lena had done so well I thought was to present these lives so unapologetically and so specifically that it was after the fact that I realized it (you know what i mean…). She didn’t yell it at you. She just showed you real people living their lives and dealing with the issues that came up and these folks just so happen to be black and living in the mid-west. To me, that is a huge thing and I hope that some little black boy or girl who watches this show and gets to see themselves realizes that they matter.

What are some memorable moments from the show?

You know, this may seem like a small thing but to me it wasn’t. One of the things I remember about Mayans (and The Chi as well) was the number of people of color working on screen and off. On Mayans I would say a good 70-90% of the team were people of Latin culture and on The Chi I would say about the same. I mean, even in the writers room. And it just makes for more inclusive television and it was one of the first times I had experienced it and IT WAS BEAUTIFUL!

Which one of these characters was the most interesting to play?

I don’t know if one was more interesting than the other, but it was very rewarding for me to be able to do all three at the same time. Thank you to the show runners of all three shows. They didn’t have to do that and I am so grateful that they did. It allowed me to stretch my acting muscle to new lengths. I will be forever grateful. Thank you.

Which one do you relate to the most?

Yeah, once again I don’t know if I can say that I relate more to one than the other. They are all a part of me and I have to find that specific part of me to bring them to life: the craftiness of Douda, the assertive unflinching of Bowen and the wanting and passion of Radd. All of those were me and are me so I can relate to them all.

How do you balance it all?

Who says I do? LOL. But like I stated before, I have an incredible life partner, my wife Angelica, who will tell me when it’s time to take a break, and also that I haven’t done enough, or that I can do more and I trust her. She’s the one that keeps it balanced.

Oh, who knows what’s next. So many things, so little things… in about 20 minutes from now I have to go and make dinner for the twins before they get home from school. That’s what’s really next.

Tell me a surprising, fun fact about yourself?

Well, before I met my wife Angelica, about 16/17 years ago, I was a single dad with 3 children going through the city to audition for musical and commercial galore. It was rough but we made it through.

Besides Mayans M.C., I’m watching Counterpart on Starz and on any given day you can catch me watching the Jefferson on ME TV as well as M.A.S.H (yeah, I know, don’t judge me).

What are some goals hmmmm… I think more in the realm of objectives and I like to keep them close to my chest… But in a broader sense to continue… learning, loving, growing, living, shining.

I just want to make sure everyone watches the season 2 of The Chi on Showtime coming this spring. You will not be disappointed. And to follow me on my social media @curtisscook on all platforms. Thank you! #QQ 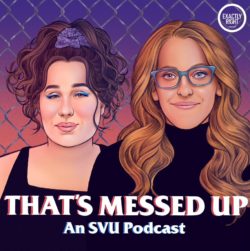