(Silver Spring, MD) –  When 28-year-old mother of two, Susan Powell, vanishes without a trace from her home in West Valley City, Utah, the community is stunned. All eyes turn to Susan’s husband of eight years, Josh, who claims to have no idea where his wife has gone. But Josh’s dismissive nature and odd behaviors throughout the investigation unsettle local police, who suspect he knows more about what really happened to his wife then he is letting on. Now, leading true crime network Investigation Discovery (ID) explores Susan’s harrowing disappearance nine years later in SUSAN POWELL: AN ID MURDER MYSTERY. Premiering Wednesday, December 12 at 9/8c, the two-hour special takes viewers deep inside the investigation of Josh Powell, unraveling a twisted tale of dysfunction, obsession and jealousy with an explosive conclusion that no one saw coming.

SUSAN POWELL: AN ID MURDER MYSTERY is a thorough, 360-degree look at Susan Powell’s disappearance nearly nine years ago, starting from the first report she was missing culminating in the tragic murder-suicide of her sons at the hands of her husband, Josh. From the production team behind ID’s hit AMERICAN MURDER MYSTERY franchise, SUSAN POWELL: AN ID MURDER MYSTERYfeatures all-new and exclusive interviews with key players in the case, including: Susan’s father, Chuck Cox; her sister, Denise Cox Ernest; the Powell family’s day care provider, Debbie Caldwell; and Susan’s friends JoVonna Owings, Rachel Marini, and Kiirsi Hellewell. Other contributors featured include Ellis Maxwell, lead detective on the Powell case; Gary Sanders, Pierce County detective who assisted with Washington State investigation; Anne Bremner, Cox family attorney; and other legal experts and journalists who covered the case since the very beginning.

For bonus content about the case, fans visit InvestigationDiscovery.com or download ID’s TV Everywhere app, ID GO, on  Android and iOS. An exclusive ID GO episode, Susan Powell: The Missing Pieces, dives deeper into Josh Powell’s dysfunctional family dynamic and investigates the rumors of a link between the disappearance of Susan Powell and that of Steven Koecher, another man who went missing the same week. 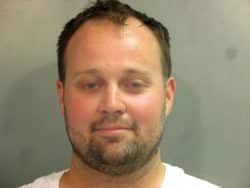