Nathan Morris, founding member of the Grammy-award winning group Boyz II Men, is making the transition of a lifetime looking for his next big hit, but it’s not the type of hit you’d expect. The music icon is swapping his microphone for blueprints as he applies his innovative, high-end flavor to the house flipping market. The new DIY network four-part series Hit Properties with Nathan Morris premiered Saturday, Oct. 6, at 10:30 p.m. ET/PT and follows Nathan’s odyssey as he transforms an 8,200-square foot, dated and neglected mansion in Orlando, Florida, into a magnificent modern estate. In each episode, Nathan’s big vision, keen eye for design and refined finishes turn the home into a grand showplace. Filled with hilarious moments and an abundance of style, the series showcases Nathan and his team as they deliver a jaw-dropping home renovation and an even better source of entertainment.

Below is his exclusive interview with TVGrapevine:

Tell me about your new show.

The show is about flipping homes with really lucrative price tags.

What made you decide to go into TV and the house flipping business?

Well I’ve been investing in real estate for some years now, and I’ve also done a bit of design and construction on my free time, so I decided to marry the two. And we filmed it.

What can we expect to see on the show?

We tackle an 8000 square foot home in Orlando Florida that had been rundown and neglect for some time.

How did you prepare?

Nothing different from any other job. We scope at the property and decide if it’s a good investment then I go over in my head what I believe I can be done to redesign the and raise its value. Then we get to work.

What would fans be surprised to know about you?

Just about everything honestly. I’m old school when it comes to keeping my personal life persona and business business. Most people tend to know more about the other guys in my group other than me, for just that reason. So I believe all of this will be a surprise to most people.

Honestly I’m not a big TV watcher. I can’t say I watch TV for entertainment. I only watch thing that educate me or teach me something I didn’t know.

What initially got you into music?

My mom and dad. My had had me singing in church at 7 and my mom made me go to a performing arts high school when I wanted to go to a vocational and play football.

Any plans to do more music/tour?

We’re open to pretty much any tour. We’ve had a weekend residency in Las Vegas for the past 5 years and have just extended for another 3 years. And we do a lot of show in between as well so if yours fit we do it. As far as music we like to do what we call specialty songs or albums meaning they not traditional songs or albums. 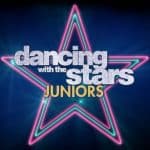