DENVER – September 27, 2018 – BBC Studios Americas in partnership with Fathom Events, is bringing the Thirteenth Doctor to theaters nationwide on October 10 and 11, and screening the feature-length premiere of The Woman Who Fell to Earth, the first episode of the all-new series of BBC AMERICA’s Doctor Who. The two-night theatrical event will also include special never-before-seen bonus content surrounding the making of the hit show.

Tickets for Doctor Who can be purchased now at www.FathomEvents.com and participating theater box offices.

The season premiere of Doctor Who will hit nearly 700 select movie theaters on Wednesday, October 10 and Thursday, October 11 at 7:30 p.m. local time through Fathom’s Digital Broadcast Network (DBN). For a complete list of theater locations visit the Fathom Events website (theaters and participants are subject to change).

The highly anticipated season premiere sees Jodie Whittaker (Broadchurch) take on the iconic role of the Doctor, along with a new line-up of friends, including Bradley Walsh as Graham, Tosin Cole as Ryan, and Mandip Gill as Yasmin. This season heralds an exciting new era for Doctor Who, which promises to be bigger and bolder than ever. Audiences can expect plenty of adventure, action, humor, and heart, making it unmissable entertainment for everyone.

“There’s nothing like the excitement of the big screen to celebrate the highly anticipated cinema event. Jodie Whittaker’s arrival as the new Doctor is just such a momentous occasion and once again we invite new audiences and fans to come together to celebrate,” states Sergei Kuharsky, EVP of Franchise and Digital Enterprises for BBC Studios – Americas.

“We are thrilled to partner with BBC Studios to kick off the new season in cinemas with exclusive content that will not be available anywhere else,” said Fathom Events CEO Ray Nutt. “Doctor Who is another example of Fathom’s continued commitment to bringing some of the biggest series on television to theaters nationwide.”

The new season of Doctor Who premieres on BBC AMERICA on Sunday, October 7, timed to the UK broadcast.

For artwork/photos related to Doctor Who, visit the Fathom Events press site.

About BBC Studios
BBC Studios, a global content company with British creativity at its heart, is a commercial subsidiary of the BBC. Formed in April 2018 by the merger of BBC Worldwide and BBC Studios, it spans content financing, development, production, sales, branded services, and ancillaries. BBC Studios’ award-winning British programs are internationally recognized across a broad range of genres and specialties. It has offices in 22 markets globally, including six production bases in the UK, and a further seven wholly-owned and production partnerships internationally. The company, which makes over 2,500 hours of content a year, is a champion for British creativity around the world and a committed partner for the UK’s independent sector.

In the Americas, BBC Studios’ production unit in Los Angeles is responsible for ratings juggernaut Dancing with the Stars, critically-acclaimed The Night Of, and award-winning Life Below Zero, while local productions Dancing Brasil and Bake Off Brasil are breakout hits made in Brazil. The company manages joint venture relationships with AMC Networks for flagship channel BBC AMERICA (U.S.) – home of global brands Planet Earth II, Blue Planet II, Doctor Who, and Top Gear – and with ITV for SVoD service BritBox (U.S./Canada), as well as strategic partnerships in Canada with Blue Ant Media for BBC Earth Channel, Corus for BBC Canada, and Knowledge Network for BBC Kids. 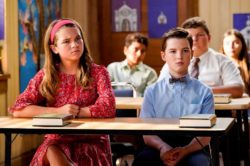