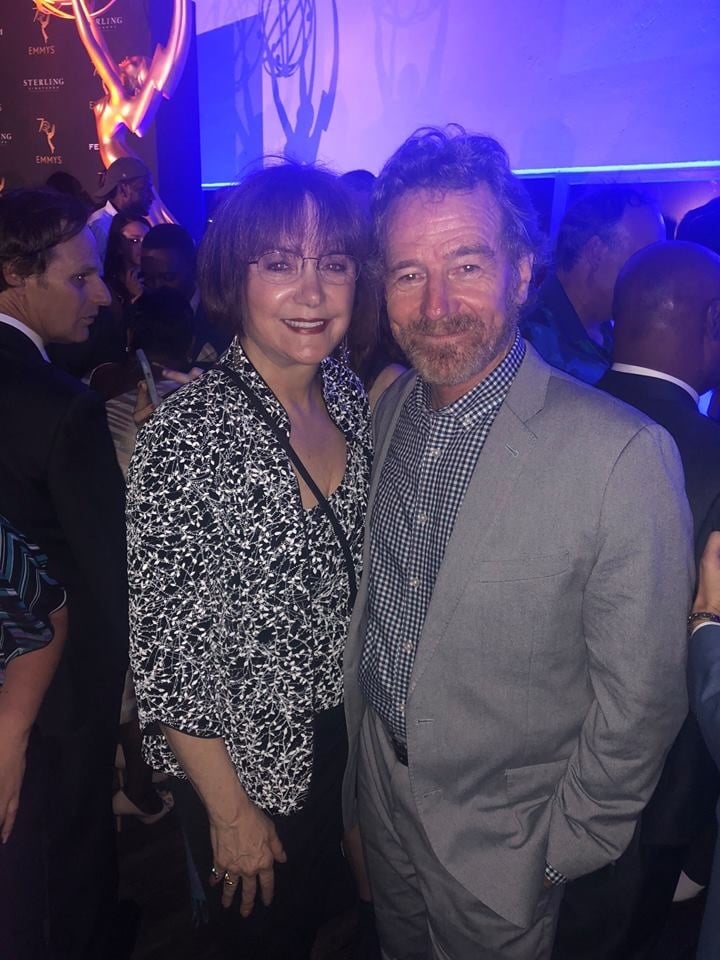 Tell me about your career.

My philosophy is:  if you decide you’re on a spiritual journey this lifetime, there is no greater teacher of humility than show business!

I have had a fairly amazing career, in terms of my body of work, without even realizing I was having a career as I toddled along.  When one is in a

business where the barometer of success is fame, and you’re not famous?

It’s easy to persuade yourself that you’re also not successful.  This career has given me opportunity to learn that you can have an enormously successful life without having the career you dreamed of.  Happiness, for me, is wanting what you have, not having what you want.  And I want what I have!!

I have also had the opportunity to work with so many people I admire and respect.

Being blessed with the gift of performing in over 300 projects – if you count every episode of every series I’ve been on – I feel incredibly proud of some of what I’ve done and grateful for all of it.  At this point in my career, that’s my number one feeling:  gratitude.

Talk about your role in Broken?

Darlene is a therapist who works in an institution with patients who are locked in.

I think she’s compassionate, smart, and is working with a schizophrenic who is

extremely ill and not properly medicated.  I don’t think she has any idea that she is

in any danger, and she is.

She seemed “real”, which is what I like to play best.  I’ve been playing a lot of “bad guys”

lately – which I love!! – but I thought it would be fun to play this really nice, simple, competent person.

That, and I didn’t have to audition – they just offered me the role!!

What went through your mind when you got the news you were nominated for an Emmy?

(It was a phone call before I was fully awake.)

Other than your nominations, what would you consider to be your biggest career highlight?

Having Phil Alden Robinson decide I was his “good luck charm” and put me in all of his movies:

In The Mood, Field of Dreams, Sneakers, The Sum of All Fears, and The Angriest Man in Brooklyn.

He is not only one of the most talented writer/directors in Hollywood, he is also the funniest and the

You’ve worked with one of the most iconic actresses of all time (Betty White).  What was it like, especially since you got to play her daughter?

Betty White is one of my role models.  Since I plan to peek as an actress in my 70’s, I feel like

my career is just getting started!!  And Betty is the living proof that that is actually possible.

She was an absolute love.  I just adore her.

Well, now that this all encompassing Emmy campaign is coming to an end, I plan to start

volunteering at least one day a week at Sea Change, which is Rep. Karen Bass’s group,

to work on the mid-term elections.  Oh, wait, did you mean acting work??  No idea what’s next…

Actually, the main thing I’m about to embark on involves writing.  I am doing a rewrite on

a novel, a play, AND a screenplay.  It’s the Gemini rising thing – I can’t just do one thing at a time!

What is a fun fact that would surprise your fans?

I am an avid bridge player, though not as good as I wish I was.

I am a compulsive seasonal decorator.

(You pick which one is a fun fact)

TV is how my husband and I end EVERY day.  We watch EVERYTHING!!

A lot of English series.  Currently, we have embarked on “The Americans”

VOTE!!  Get involved.  Be pro-active.  A democracy is only as good and as strong as its informed, caring and committed citizens.