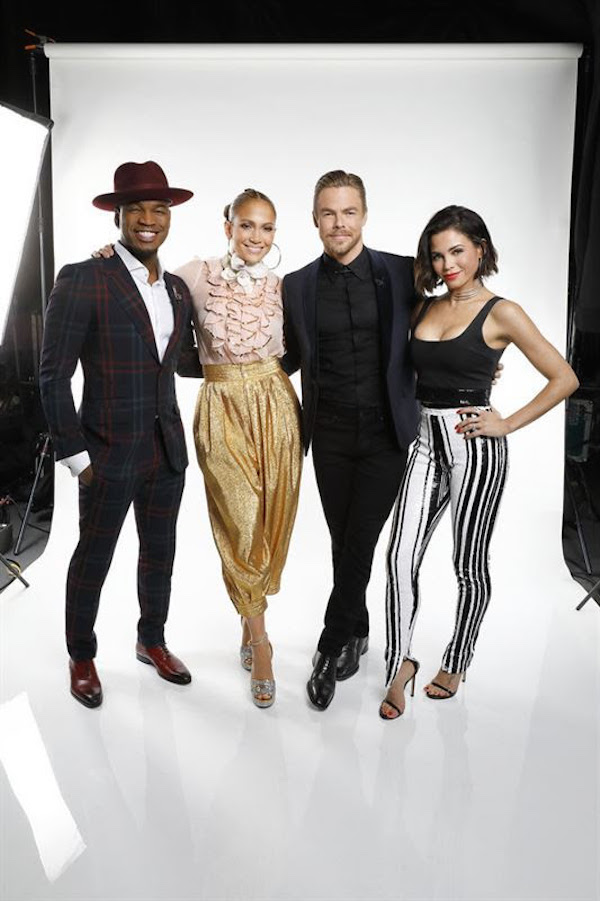 UNIVERSAL CITY, Calif. – May 10, 2018 – NBC’s hit series “World of Dance,” which premiered as the most-watched new summer alternative series in 10 years, has been renewed for a third season.

The announcement was made by Paul Telegdy, President, Alternative and Reality Group, NBC Entertainment.

“‘World of Dance’ is a high-energy competition with immeasurable heart, compelling storytelling and unmatched talent,” said Telegdy. “With our exceptional judging panel leading the charge and competitors who are the best in what they do, we’re thrilled to once again bring viewers the Olympics of dance.”

“We have seen firsthand that these undeniable competitors on ‘World of Dance’ have a rare fire and passion within,” said Meredith Ahr, President, Universal Television Alternative Studio. “It is a privilege for us to provide this unparalleled platform, which pushes dancers to unlock their greatest potential and can change the trajectory of their personal, professional, and artistic lives.”

“We set out to make ‘World of Dance’ a competition series of the highest caliber — every act that hits the stage gives their all and challenges themselves against the most elite athletes in the world,” said Jennifer Lopez. “As an executive producer and judge, I’m constantly reminded of the heart and determination it takes to rise to the challenge and become the best of the best. I can’t wait to see the talent that comes across our stage for Season 3.”

Coming off its premiere season in which French hip-hop duo Les Twins were crowned champions, the highly anticipated second season of “World of Dance” will begin Tuesday, May 29 at 10 p.m. immediately following the season premiere of summer’s #1 series, “America’s Got Talent.”

The first season of “World of Dance” averaged a 2.6 rating in adults 18-49 and 10.1 million viewers in “live plus seven day” figures from Nielsen Media Research, making it the #1 new summer show in 18-49 and total viewers and the #2 summer show overall on broadcast television in both categories behind only “America’s Got Talent.”

“World of Dance” gives dancers the platform to showcase their talents and compete for a life-altering grand prize of $1 million, led by a judging team of extraordinary dance superstars — Jennifer Lopez (who also serves as an executive producer), Derek Hough, NE-YO and host/mentor Jenna Dewan.

In partnership with the preeminent global dance brand World of Dance, the series brings the world’s elite dancers together to compete in epic battles of artistry, precision and athleticism. Solo dancers will compete against duos and crews in an unlimited range of dance, including hip-hop, popping, locking, tap, ballet, break dancing, ballroom, stomping and more.

Handpicked from qualifying events around the nation and thousands of online submissions, competitors are divided into four divisions: Junior (17 years old and under, 1-4 dancers), Junior Team (17 years old and under, 5-15 dancers), Upper (18 years old and older, 1-4 dancers), Upper Team (18 years old and older, 5-15 dancers).  Our panel of experts score the acts using a precise point system developed by World of Dance, using the following criteria: Performance, Technique, Choreography, Creativity and Presentation.  The competition consists of five rounds: Qualifiers, Duels, The Cut, Divisional Final and the World Final. In the first four rounds, dancers only compete within their division, but in the World Final – the winner from each division will compete against each other for the $1 million grand prize.

World of Dance is the world’s largest dance entertainment enterprise. What began in 2008 as a single event is now a continent-spanning, tour de force of human spirit and sick dance moves, encompassing a #1 TV show, a #1 YouTube network, and two live worldwide tours. The World of Dance Championship Series attracts YouTube stars, industry icons and tens of thousands of fans to events in more than 30 countries, spanning the U.S., Europe, South America and Asia. The inspiring performance videos captured from these events have driven more than one billion views online. No language barriers. No animosity. Just pure, awe-inspiring movement.

For those interested in participating in season three, please go to https://worldofdancecasting.com/index.

Launched in 2016, Universal Television Alternative Studio is a leading supplier of hit unscripted content and alternative formats and creates, develops and produces a diverse slate of original series domestically and internationally. The studio’s most recent breakout hit and the #1 new series of 2017 is “World of Dance,” starring and executive produced by Jennifer Lopez. Additionally, the studio is responsible for Chris Hardwick’s high-stakes game show “The Wall,” which has been sold into 22 territories internationally and has become the highest rated game show of 2017 in France on TF1. The hit series “Better Late Than Never” ranked as the #1 new summer series of 2016 and returned for season two with more fun, comedy and adventure in 2018. Hosted by Emmy winner Jane Lynch, “Hollywood Game Night” has been sold internationally in 18 countries and will begin production on its sixth season in 2018. Upcoming series include “In Search Of” with Zachary Quinto for History, as well as Amy Poehler and Nick Offerman’s “Making It,” Chris Hardwick’s “The Awesome Show” and Dwayne Johnson’s “The Titan Games” for NBC. Uni