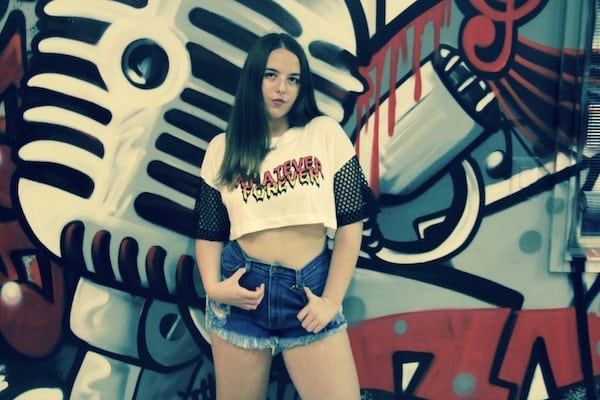 Ali B may only be seventeen, but she has accomplished more than people twice her age. She has been in the music business for a long time, impressing everyone with her wide range of talent and a voice that captivates everyone.

Ali began singing at a young age, starting what would be an incredible career. She got her start performing in school talent shows, but it wasn’t until she was thirteen that she decided to make it into a career and start recording. She also decided to start writing her own music. She has a few amazing singles, including Kiss Me Goodbye and Strangers In Love, both of which were inspired by real life. She says that a lot of her music is inspired by real life events, both good and bad. She hopes that people can relate to her music and that she can inspire others.

As for who inspires her as an artist, Selena Gomez and Demi Lovato top the list. However, she says she is inspired by everyone and everything and it shows in her music. She hopes that she gets to work with these artists, and many others, throughout what is bound to be an incredible career.

The biggest question I had for Ali was how does she balance it all, especially at such a young age? Not only is she working on her music, but she is also in school and touring. She also is active in anti-bullying campaigns, something that is near and dear to her heart. She says that she focuses on one thing at a time and somehow always gets it to work.

For more information on Ali B, visit alisonberkemusic.com