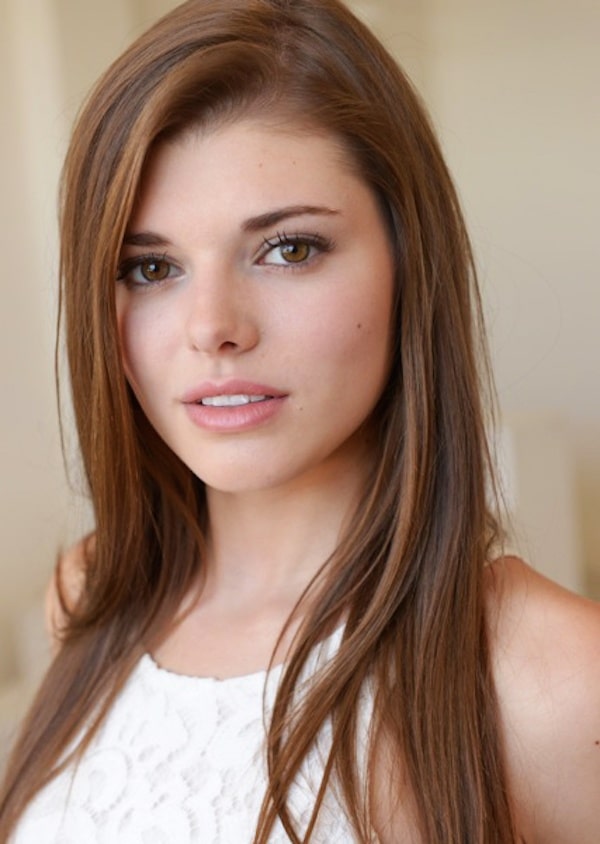 Tell me about yourself and career.
I grew up in a small town in western Pennsylvania with a passion for theater and playing pretend since I was 4 years old. I moved out to LA to pursue my dream professionally right before I finished high school. I started booking roles on TV such as Bones and NCIS that have led to being in larger movies such as Mascots directed by Christopher Guest and leading my first lifetime movie called Double Mommy. Most recently I was guest starring on The Young and the Restless!
Tell me about Nanny Killer.
Nanny Killer is about a college student, Kate Jordan, who takes a job nanny-ing the kids of this super wealthy business man to make some money over the summer. Once she arrives though, she quickly realizes that something is “off” with one of the kids and that maybe even her life is at risk!
What is your role in the movie?
I play Kate Jordan.
What attracted you to the role?
What attracted me to the role was having the opportunity to play a protagonist that wants to get to the bottom of the “mystery”, per say, of what is happening in the household for the sake of protecting others. In many roles in the past I have played the victim that has to fight to get everything back to normal, where in this case, Kate is bravely trying to get to the bottom of this not just to protect and innocent, but to help the one who is causing all this pain too.
What was the most challenging part about playing the role?
The  most challenging part was the moments where Kate felt terrified but had to stand in the face of danger anyway. That is very unlike me, I would have cowered in those moments. But playing those out, even though it was hard, it has inspire me to be braver in my own life.
What were some highlights of filming?
Working with the cast and crew made the experience so incredibly fun! We played out some ridiculous scenarios in this film, but being surrounded by the most joyful people made it all even more enjoyable!
What do you hope people like about the movie?
I hope people enjoy going on the ride with us, because it is a fun one! I also hope the movie makes people question the way we think about “good” and “evil” because in our film, it’s not completely black and white.
What else are you working on?
I have a few things in the works, but nothing that I can talk about yet 😉
What would fans be surprised to know about you?
That I have an insatiable passion for traveling. I want to visit as many places as possible in a lifetime! Also another fun fact for any Harry Potter fans out there, I am a Ravenclaw 😉
What are you watching on TV?
Westworld, since it just came back! I always love things that make you “question your own reality” and Jessica Jones talk about a show that makes you feel empowered and want to kick butt!
Anything else you want to tell America?
As Ellen likes to say “Be kind to one another” !
Facebook
Twitter
Pinterest
LinkedIn