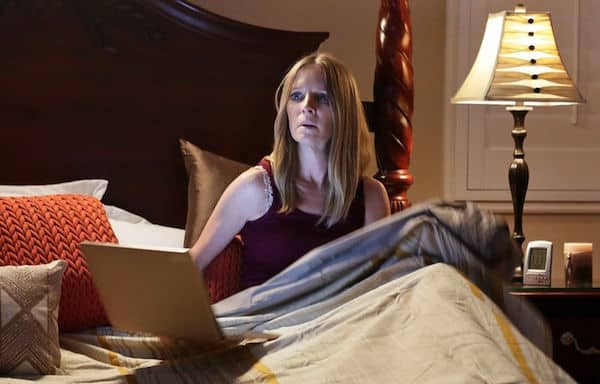 Lauralee Bell has been captivating audiences for years as one of the most recognized faces in soaps. She is best known for playing Christine Blair Williams on The Young and the Restless and even took the role onto The Bold and the Beautiful in 2007. She also did several primetime guest appearances on shows such as Castle, CSI: Miami and Walker: Texas Ranger.

Now she is set to star in a brand new Lifetime movie called The Mistress Hunter, which is set to air this weekend. In the movie, she plays Jackie, a woman who discovers her husband is cheating. Shocked and upset over the news, she turns to her girlfriends for advice. One of them suggests she mess with her husband via a mistress hunter. This means stealing things from the mistress and wearing them around the husband and doing other things to make him go crazy.

In a recent interview, Lauralee said it was a very interesting role to play. Although she is used to the drama thanks to her role on The Young and the Restless, this was kind of a different take on the role. She loved taking it on and said that had some very interesting twists that will keep viewers guessing until the very end. In fact, she teases that the end even leaves things open for a sequel.

Lauralee also says that she loves the fact that the movie is a great one for a girl’s night in…especially with a glass of wine. She also quipped that it is a good movie to watch with your significant other….to show what happens if they cheat. (Where was this in my past relationships? Just kidding!)She hopes fans enjoy it and there is enough interest for them to make another movie.

As for what is next, Lauralee is hard at work on Y&R, as always, however, she still likes to look into other projects when her storyline becomes light. She is also continuing to cheer on the success of her former Y&R co-star Justin Hartley, who went on to star as Kevin on This Is Us.

The Mistress Hunter airs tonight on Lifetime. Check your local listings for showtimes.