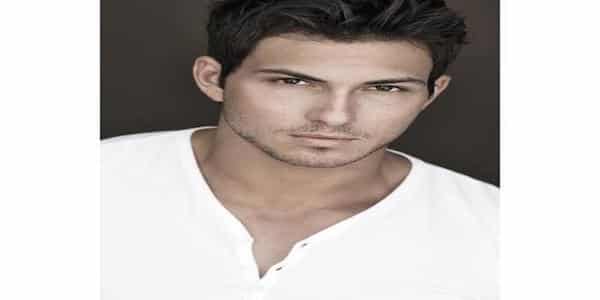 Robert Scott Wilson is best known for being a soap star, having played Pete Cortland on All My Children (son of Palmer and Opal) and Ben Rogers (aka Ben Weston) on Days of Our Lives. He also appeared in movies such as The Social Network and Bride Wars. BrNow, he is taking on a meatier role in the new Lifetime movie Stalked By a Reality Star, which will air this weekend on Lifetime.

In a recent interview with TV Grapevine, the hunky actor revealed that he loved this new role. He says that his character has some similarities to Ben, but also has some very unique qualities. While he could not give too much away, he did reveal that the role had its own unique qualities. He plays Brad, the leading man in a Bachelor-esque reality show. He meets a young girl that he becomes obsessed with and goes to all lengths to keep her in his life….including dating her mother. There re several twists and turns as the womens’ lives end up in danger. What will happen? You will have to tune in to find out!

As for what is next for him, he is set to star in a new movie with William Shatner that is set to be released in the next several months. While he did not give away much about that role, he says that it is a true honor to work with someone so legendary. He also has another movie called Fright Fest that is set to be released in the coming months. In addition, he is back as Ben on Days of Our Lives, where he is of course causing a ruckus and making us ladies watching swoon!

Of course, I also had to ask some fun questions…including making him reveal a fun fact about himself. It turns out that Robert was actually a professional paintball player and still loves to play in his spare time.

Other fun facts include him wanting to work with Leonardo DiCaprio and Margot Robbie and that he is a New England Patriots fan.

Stalked By A Reality Star airs this weekend on Lifetime!