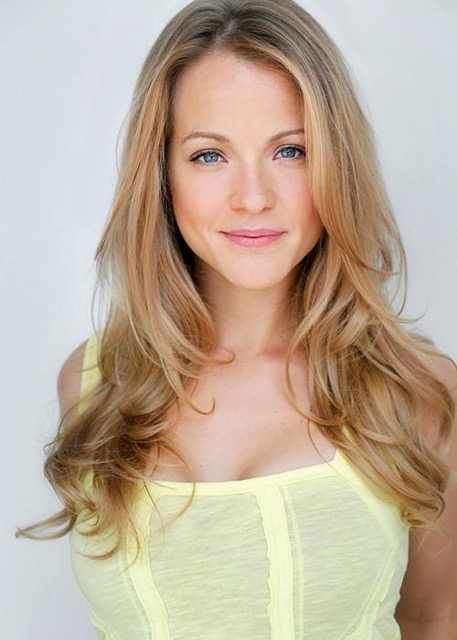 Amanda Clayton is young, talented and pretty. She can currently be seen in Mommy’s Little Angel, which premieres this weekend on Lifetime. In the movie, she plays Nikki, a woman who adopts her young niece when her mother is murdered by her father.

In a recent interview, Amanda told TVGrapevine that she loved filming the movie, but she especially loved the fact that she got to work with up and coming actress Morgan Neundorf. The role was very intense for the young actress, so Amanda was on hand to not only serve as a co-star, but also to take on a big sister role. She says the two bonded rather quickly and spent their time not filming talking about movies, TV and other fun topics. Amanda spoke very highly of her young co-star and thinks she is capable of doing great things. The way she spoke about her allowed me to gain a whole new respect for her, not only because she helped Morgan out, but because her compassion for her was so genuine.

As for what is next for Amanda, she is hard at work with her hit series If Loving You Is Wrong. The Tyler Perry created series is on its fourth season, which Amanda is quite excited to have fans see. She is also excited to have them see her potential new series City on a Hill, which was created by Matt Damon and Ben Affleck. Although it has yet to be picked up, she hopes people enjoy it and see a different side of her. As an added bonus? She is one degree closer to Kevin Bacon….because he is her co-star.