Dead on Arrival is premiering in NYC and LA today and to celebrate, TVGrapevine has an exclusive interview with star Nazo Bravo. Below are some of the highlights from our chat.

1. Nazo describes the film as a thriller inspired by the original DOA movie, which was released in the 1970s. The movie, which was written by Heist writer Stephen Sepher, takes place in Louisiana and follows a man who has been poisoned. Knowing he only has twenty-four hours to live, he goes on a quest to find his murderer.

He adds that the movie dives into the dark world of dirty cops, mobsters and strippers…but you will have to tune in to see what he means! There are also a lot of twists and turns as our hero tries to find out whodunnit.

2. For him, the biggest challenge of filming was the fact that things got delayed during the Louisiana flood in 2016. He says that it caused them to delay production for several weeks, but they were finally able to get on track.

However, he says that it actually worked out better for them in the long run because they were able to get the shots that they needed organically. The film actually takes place during the holidays, which is when they began their production. He adds that the environment itself became a character and dded quite a bit to the story.

3. Now that this movie is getting ready to premiere, Nazo says he and the team are hard at work on their new project. They are working on a movie called The Operator, which is going to be a war thriller. They will also be working with the producer from Dumb and Dumber, which has Nazo excited. He can’t wait to see what happens with this movie and thinks that this is an exciting time in his career.

4. Nazo thinks that fans would be shocked to know that he got his start as a hip hop artist. He says that he would actually rap in a suit, which would surprise people who would watch him perform.

5.Throughout his career, Nazo has had success in acting, writing, producing and directing.   He credits the fact that he got to work with Stephen and his crew on several projects and is looking forward to seeing what they do next.

Dead on Arrival premieres in NYC and LA today. Check back for other showtimes across the country. 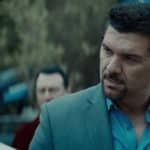 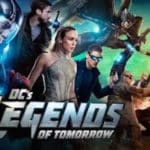