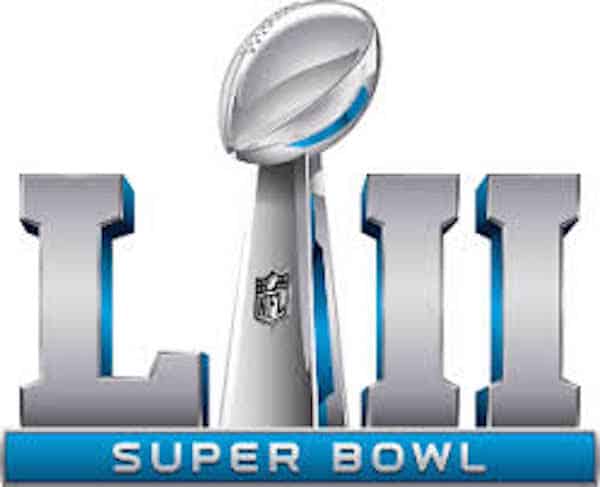 Hello! In grand tradition of the Super Bowl, I am here to give my snark, feelings and recap of the big game featuring the Philadelphia Eagles and New England Patriots. To quote Ryan Seacrest, dim the lights, here we GO!

Pink did a fabulous job on the National Anthem, but I was NOT a fan of her outfit. Her hair and makeup were on point though!  She did especially well for someone who is getting over the flu!

I love how they are honoring veterans with the Medal of Honor. It brings tears to my eyes. Corporal Wilson, who gets the medal, gets to flip the coin for the game, which is ‘won’ by Philly.

This commercial with the kids and the Paralympics for Toyota? Tear central….did they play this so my tears are gone for This Is Us?

WTF with this robot commercial?

Solo commercial!! OMG!!! I am so excited for another Star Wars movie!

Rise looks like it is going to be an awesome show.

I would not want to be on Bill Belichik’s bad side, just saying. However, I’d want him in my corner during a bar fight.

Annndddddd now we are tied!

Is it me, or do fast food commercials make people want to vomit? It doesn’t stop me from eating it though!

Morgan Freeman singing Missy Elliot’s Get Your Freak On while drinking Mountain Dew is probably the best thing of the night so far.

This game is boring so far and the commercials aren’t much better.  UGH.

What is with all the Vikings and knights in these commercials?

That e-Trade commercial with the old people was funny, yet sadly accurate.

It looks like Cook got a concussion. Ouch! I hope he is ok!!!

For a company that is dealing with a controversy with people eating their products, Tide sure is doing a lot of commercials.

Seriously—I am not the only one zoning out, am I?

Every time they say Hail Mary, I flash back to my CCD years and having to say Hail Marys after going to confession.

JUSTIN TIMBERLAKE!! I love him and this is the closest I’ll probably get to seeing him in concert.

I have no clue who the Tennessee Kids are but they are quite good.

Now he has some other marching band with him….who is the big OMG guest joining him?

The tribute to Prince is amazing! I guess that was the big OMG guest? They said that awhile ago!! ::headdesk:::

JT’s performance has been the best part of the night so far…..despite all these random people dancing with him.

This game is kind of boring tonight….just saying.

That ref looks like a parent who took their kids’ toy away due to fighting.

Now the refs are playing hot potato. Okay then!

The Hyundai commercial made me cry!!

DON’T TAKE IT BACK!!! THIS ISN’T THE NANNY AND THE REF ISN’T MR. SHEFFIELD.

Thanks for not taking it back!!!

Tom Brady is on the ground and I feel like he plans on throwing a tantrum.

When that one dude from the Patriots was holding the ball and not doing anything with it, all I thought of was that episode of Saved By The Bell when Mr. Belding told Slater to shoot for his dreams and by the time he realized he meant the ball, the game was over. Not quite what happened here, but pretty close.