Do you have kids? Sesame Workshop has something that will keep them occupied in these cold winter days, while still providing them with eduction and life lessons. Below is more information on this month-long, four episode event. It all begins this Saturday on HBO.

Since 1970, Sesame Workshop has been creating local versions of Sesame Street in countries around the world, complete with original characters played by local performers and curricula tailored to meet the specific needs of children in each region. This month, Sesame Street Muppet girls from the show’s co-productions in India, China, and South Africa will be integrated into episodes’ storylines, sharing their unique cultures with Elmo, Cookie Monster, and all their friends. This new run of episodes marks the first time that an ensemble of international Sesame characters has visited the US production. Episodes featuring international girls and storylines will air on HBO every Saturday from February 10 – March 3, 2018.

These international visitors and storylines tie directly into Season 48’s mutual respect and understanding curriculum. Building on last year’s ‘kindness’ theme, this season works to foster cultural competencies – interpersonal tools and skills that can help kids understand their own cultures, respect and appreciate others’ cultures, and recognize similarities between the two. Young children notice racial, cultural, and other differences as a matter of course, but they need context to understand their world and be better neighbors. In our increasingly connected and challenging world, “tolerance” is not enough; that’s where cultural competencies come in. By modeling curious and respectful interactions with people of different backgrounds, the Sesame Street crew shows kids that similarities are easy to find and differences are worthy of celebration.

It’s no coincidence that all the visiting characters are girls, either. Girls’ education is at the heart of many of Sesame Workshop’s global productions. Characters like Chamki (India), Lily (China), and Zuzu (South Africa) serve as positive role models for girls and boys alike, challenging the social norms and stereotypes that prevent girls from reaching their potential.

“Inquisitive, bold, and compassionate, Sesame’s international girls are wonderful allies as kids build empathy,” said Brown Johnson, EVP and Creative Director, Sesame Workshop. “From a creative standpoint, we welcomed the chance to share some of the beautiful characters our international colleagues have created with children and families here in the United States, crafting stories that showcase not only the girls’ cultures but their individual strengths and personalities.”

Elmo’s friend Zuzu is visiting Sesame Street from South Africa. After reading all about her home in the Book Nook, Elmo and Alan throw Zuzu a welcome party with South African food, music, and traditional clothing. At the party, Zuzu says she read up on Sesame Street, too.

It’s Chinese New Year on Sesame Street! To learn how some people celebrate the holiday in China and around the world, Nina helps Elmo, Abby Cadabby, Cookie Monster, and Grover build their own dragon costume.

Big Bird is getting ready for a visit from Chamki, his pen pal from India. Grover, Elmo, Rosita, and Cookie Monster build a giant bird feeder to help her feel comfortable on Sesame Street. When she gets there, the gang finds out that – even though she and Big Bird have a lot in common – she’s not a bird at all!

Lily, a four-year-old tiger cub from China, joins Chamki, Zuzu, and all their new friends for an international food festival on Sesame Street. The group learns about traditional dishes from Japan, South Africa, India, and China. Rudy is reluctant to try the unfamiliar foods, but he’s pleasantly surprised when Elmo, Abby, and Chris encourage him to taste a few. 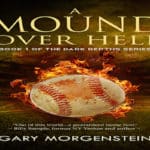