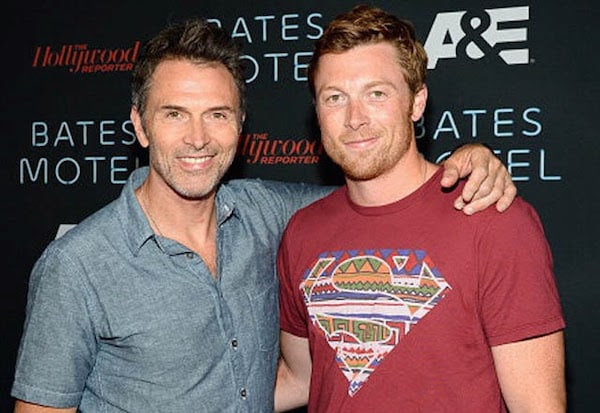 Sam Daly is one of the sexiest men on TV. He got his start on by appearing on shows such as The Office, Grey’s Anatomy and Hart of Dixie, only to skyrocket his career into what it is today. He has been in movies, on TV and even the Internet, showing off his acting chops, charm and incredible talent.

TVGrapevine recently talked to Sam in an exclusive interview. Below are some of the highlights from our chat.

1. He starred in the  hit CBS series Madame Secretary as Win Barrington. On the show, he played Daisy Grant’s fiancee, who was also a marijuana lobbyist. While he only appeared a few episodes of the show, he said he loved the experience and his co-workers. He hopes that one day Win finds his way back on the show in some way, shape or form.

2. As for current projects, Sam can be seen in Office Uprising, which also stars Zachary Levi. The movie tells the story of how an energy drink turns people into zombies. He didn’t give away my spoilers, but he thinks people will really enjoy the story and the movie. He dded that he enjoyed working with Zachary and that is was an honor to work with him on the project.

3. He is also filming a new movie called Cut Throat City, which is directed by RZA of the Wu-Tang Clan. The movie also stars Wesley Snipes and is currently shooting in New Orleans. The movie is about a heist that takes place during Hurricane Katrina. He is excited to get the chance to work with RZA and to see the fans’ reaction to the movie.

4. In addition, he has a web series with his father, Tim Daly, who is best known for playing Joe on the 90s sitcom Wings. The show, which is called The Daly Show, follows the two men and other celebrities in different, hilarious shorts. The show recently began its fourth season and can be seen on YouTube.

The two are also working on a movie together where they play a father and son who deal with the ramifications of the father planning to marry the ex-girlfriend of the son’s ex!

5. People would be surprised to know that Sam is a former college basketball player. He was captain of the team his senior year. He was also a part of the entertainment league during that time.

Be sure to keep checking back for more information on Sam’s upcoming projects!