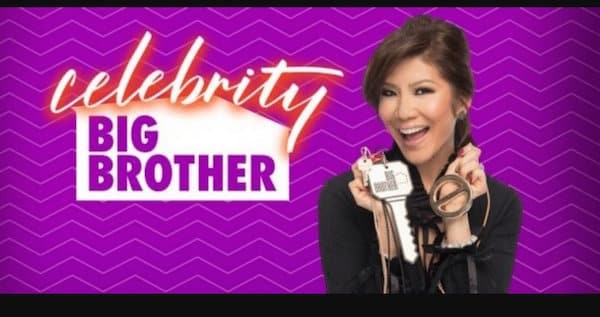 It is night two of Celebrity Big Brother on CBS.  When we last left off Shannon was HOH and everyone got bucks that my have has a special power.

The celebrities wonder what is in the bags and how it will change the game. The girls want to get rid of a guy and vice versa, so everyone hopes to get the Recast of HOH bag. However, they won’t find out until the nomination ceremony. The power of recast can only be used once and once it is, they have to nominate two people in the house.

The girls hope one of them get it so they can put two of the guys up for nomination.

Another twist? They can make  a random draw by two people wanting to go into the DR at the same time. I’m kind of confused….but we will see what happens.

Chuck and James decide to try to find one of the girls to align with so they can be saved.

Mark talks to Shannon, who doesn’t seem to buy what he is selling. She even said that he shouldn’t tell the HOH that she is a threat. It also seems like he wants to be a pawn, but it’s kind of hard to understand him….whatever, this whole twist is dumb.

So now Ross wants to be with the girls in their alliance. Shannon seems to have convinced him to join them so they can be Seven Strong.

Chuck is getting a facial in the HOH room, while Metta gets his nails done—all righty then. Then again, Chuck seems like the kind of guy who does this with his daughters.

Omarosa talks about her time in the White House. She actually brings up a good point about supporting President Trump when explaining it to Keisha. She says it is similar to how she supported Mr. Cosby. She tells Keisha that she didn’t judge her, so give her the same courtesy.

Shannon and James talk about who she is putting up and denies that there is an alliance. He thinks she is a threat, which makes her think about putting him up, especially since she knows he is a strong player.

Metta wants to be put up because he misses his wife.

Omarosa talks about her time in the White House with Ross. She said it took a personal toll on her because it wasn’t a game show. She says she hated people thinking she was like those in the White House and she has to live with choices she made. She thought she was serving her country, not him and that she was haunted by his tweets. She tried to talk to President Trump, but others in the house would attack her. She says she would never vote for him again.

Mark is a pawn, Metta is a voluntary nominee and James will get backdoored.

Shannon gets the guys to not open their bags so the plan works. As far as they are concerned, nobody is opening their bags.

Keisha says they can say they are putting up Chuck and James for being the biggest physical threats.

Chuck decides to open his bag, so the girls and Ross decide they want to open their bags at the nomination ceremony. Shannon says that now he is in trouble.

The person who gets to open their bag at the nomination ceremony is determined by the pick of a colored chip.

Keisha wins and becomes the new HOH. Shannon is safe.

James and Chuck are up for nomination—because she says they will be the hardest to beat.