This is the fourth episode of Celebrity Big Brother. When we last left, Chuck Liddell was sent home and alliances were shattered and reformed. Omarosa and Keisha formed their own, while their former alliance turned the tables on them when it came to eviction time.

When we begin tonight, Keisha says the alliance is gone and she only trusts Keisha, while Brandi wants to go after them both.

Shannon, James, Ross and Marissa make a final four deal. However, it seems like Brandi, Shannon, Ross and Aria have something going on as well.

Omarosa calls Shannon out and they go to talk privately. Shannon explains that they wanted to go after Chuck because of Keisha, but Omarosa is upset nobody talked to her and feels betrayed.

Shannon goes back to come clean about the deal she and Omarosa made on day one.

Now Brandi, Marissa, Ross and Aria have a final four deal because they feel like Shannon is playing really hard.

Omarosa and Keisha say their alliance is still in effect and it seems like they are getting Metta involved. They said he voted Chuck out, which he didn’t realize because he was too busy giving a shout out to his wife.

HOH competition is a ballet/bowling challenge where they bowl dressed as ballerinas while dancing.

Omarosa vs. Marissa—This leads to Omarosa having an asthma attack, causing her to go to the hospital.

Metta vs. Ross—Metta is funny as heck in this and Ross needs to become my BFF for life.

Brandi vs. Mark—I can’t even recap this comp—it is too funny.

James vs. Aria—James wins and I must have missed Shannon competing?

Anyway, this goes on and on but I’m laughing too hard to pay attention. Ross wins and is the new HOH.

He wants to nominate Keisha and Omarosa because they are from the old alliance. However, nobody knows where Omarosa is and everyone is worried.

Ross and Marissa consider nominating Shannon and James because they are the strongest players in the house—but only if Omarosa doesn’t come back.

Omarosa is in the hospital and will return for the nomination ceremony.  They are all glad she is ok, but Shannon is scared because of how they left things. Keisha is glad to have her ally back.

Everyone is hanging out and Aria discovers Omarosa is back, but went right to sleep. While I think she should have at least said hello to everyone, I understand her just wanting to just go to sleep.

Nomination time! As promised, he picked Omarosa and Keisha. He says it’s not personal, just Big Brother. Both of them are PISSED!

What will happen during the veto competition? We will find out tomorrow! 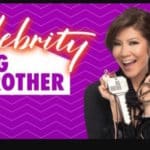 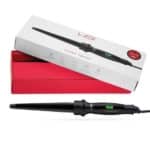