Tonight is week six of ABC’s The Bachelor. We are getting closer to the end of the line, yet still so far away. This is the night of the dreaded two on one date, which means one girl will get a guaranteed elimination before the rose ceremony.

This week we are in Paris, which makes me insanely jealous.

Date 1: Lauren gets this date. They explore Paris….I think there was a bot involved….omg, this is BORING AF……not to mention AWKWARD. I’ve been on awkward dates, dates where I was degraded, dates where I was told it could never work because Jesus told him he couldn’t date me (yeah, that really happened!), yet none were awkward as this….seriously, WTF? Whatever, time to do the dishes.

Okay, I lied. I put my dinner leftovers away (turkey chili—recipe from my amazing guy bestie!!) and let the pot soak. I got distracted by a piece of chocolate ganache cheesecake my sister-in-law gave me from my brother’s birthday and decided that putting that in my belly was more important.

When I tune in again, Arie talks about how his girlfriend lost their baby and they broke up after. Sorry though, she wasn’t overreacting. She was pregnant, you put your racing over her, she lost the baby, you weren’t there….I’m sorry, unless you went on Maury and found out you weren’t the father, how is she overreacting and how was your trust broken?

Lauren talks about her ex became a jerk after their engagement.

Date 2: Group Date for everyone that isn’t Kendall and Krystal, because they have the 2-on-1. Oh, and Jacqueline, who gets the second 1-on-1.

The girls do a Moulin Rouge performance. ….because of course they do. The winner of whatever the heck this performance/runway strut is gets special alone time with Arie….because, again, of course.

After that, they have a cocktail party and he spends time with all the girls one on one.

Bekah gets the rose….and to dance with the actual cast of the show with Arie.

Date 3: Krystal and Kendall are on the two on one. He spends time with each of them and to be honest, I can’t even listen to Krystal because she sounds like she is channeling a 1900 phone sex operator.  Plus, all she did was talk trash about Kendall, who was not happy when she found out!

How Kendall can still be do nice to her is beyond me….she is such a good person to put up with that kind of treatment.

Kendall gets the rose, which means Krystal is sent home. She does not take it well….at all. The other girls celebrate with champagne.

At dinner, she talks about her PhD schooling and how it is going to take six years. He feels like he would be holding her back, but decides to give her a chance and the rose.

Rose Ceremony: Jacqueline, Lauren, Kendall and Beckah all have roses. Tia, Seinne and Becca get the remaining roses, sending Chelsea and Jenna home.

Jenna rambles like Six from Blossom on a cocaine bender….Chelsea says she didn’t see this coming. 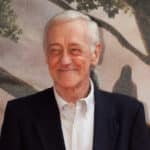