CBS’s The Amazing Race is two hours this week, so it means double the eliminations, double the travel and double the fun!

It is going to be short and sweet again this week because it’s long and I have work in the morning.

Plot Twist: Partner Swap! It’s now Cody and Jen, Jessica and Kristi, Lucas and Conor, Brittany and Alex, Henry and Eric and Evan and Daniel. They all head to Imire Lake via rats to get canteens and to the destination for their next clue.

The teams can only check in when their original teammates arrive.

I guess there is no elimination? The teams just go back to their original partners and to the next round.

U-Turn: Used by Lucas and Brittany on Cody and Jessica and Alex and Conor on Henry and Evan.

Detour: Handle With Care (deliver packages to businesses) or Just Get It There (delivering tires through a market to a delivery truck)

Extra Task: Perform a song on stage at Harare Gardens. Sounds easy, but many teams struggle, especially with pronunciation. 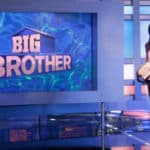 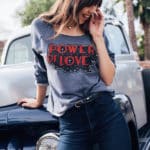