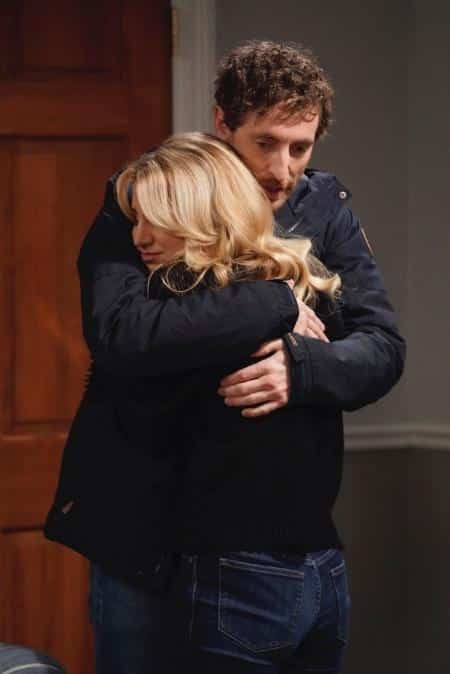 ICYMI: B Positive Recap for Heartburn, Woodstock and Ribs

The episode opens with Gabby picking up Gina from jail. It turns out she was arrested over an incident a few years ago involving selling fake IDS. They rush to the hospital to see Meredith.

At the hospital, Spencer, Peter, Bette, Jerry and Gideon are all waiting on news about Meredith. They talk about death and life when Norma comes in, saying they are forcing her to walk. Spencer wants to know if her doctor is American. She wonders why it matters, when Gina and Gabby walk in. Gina apologizes to Norma, who is dead set on making her feel guilty.

Harry joins them, saying that Meredith has died.

Drew goes to Gina’s office to comfort her and talk about his experience with Hannah. He dances around the fact that he slept with her, which leaves Gina confused.

Gina says that being in jail was okay because she got to talk to a girl caught stealing from TJMaxx about fashion.

Drew then goes to visit Harry and offer his condolences. Harry has no interest in talking and says he knew she was going to die, she died and now he is sad.

Harry packs up some of Meredith’s things. Drew wonders why, but only upsets Harry more.

At lunch, Norma asks Gabby for her painkillers, saying she knows how many are in the bottle. As Gabby walks away, pouting, Norma talks to the others about her surgery. Bette wonders if she has a scar, but Norma isn’t worried about her scar.

Gina goes into the van to talk to Drew about Hannah, but things only become awkward.

Gideon helps Norma into her bed and gives her her medicine. He warns her that they are strong, but she insists she is fine because she did the brown acid at Woodstock.

Spencer visits Harry with beer. He talks to him about how he dealt with his own wife dying and he eventually broke down when he went to talk to his doctor about his heartburn. Harry wonders if Spencer wants him to talk, but Harry just tells him he can never picture him not crying from now on.

The next day, everyone gathers for Meredith’s memorial. Spencer makes a comment about Bette’s outfit, while Gideon makes Kahlua with Ensure for everyone.

Bert makes baby back ribs, which Gina resists, but ends up loving.

Gina asks everyone to share memories of Meredith. Norma recalls how Meredith became her first friend by inviting her to a casino, while Peter talks about their book club and time together, which also included watching The Bachelorette.

Harry thanks Gina for holding the memorial, but isn’t ready to talk. Gina decides to share her own memories, but is interrupted by Bert bringing in wings. She finally starts talking, but runs away in tears. Drew goes after her and she says that she realizes that her residents are her life and once they die, she is losing family. He tells her to enjoy every moment she is lucky enough to have with them as they head inside, joking about the van debacle.

Cannoli is waiting outside Harry’s door, apparently waiting for Meredith. Harry tells him she is gone and then finally opens up, saying that even though he is heartbroken that she is gone, he feels a sense of relief…and hates himself for it.

The episode ends with Harry telling Drew he is joining him on his road trip.