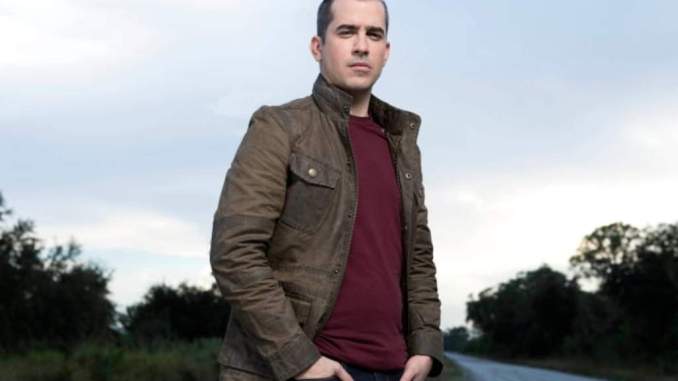 Randal Wells was a young man whose life was just beginning. He was only 22 with plans to work in the mechanic business, while also planning a future with his long term girlfriend. However, his life was tragically cut short on April 28, 2012.

On that fateful night, police officers responded to a one car crash around midnight. When they went to investigate, they found Randal, who was unresponsive. However, the accident was caused by stab wounds and made to look as if it was a car crash.

His parents recall getting the call and finding out about Randal. They headed over to the hospital, where they find out he is not there. Completely puzzled, they head to Randal’s apartment to get answers.

At the scene of the crime, there are several eyewitnesses who want to share their stories, but things end up getting very heated. Randal’s parents arrive at the scene, where they find out that Randal has died. His father James recalls trying to deal with his devastating loss, while Randal’s friends demand answers.

Later on, Randal’s friend Kenneth is questioned, since he was with Randal that night. He claims Randal drove him to an auto parts store. While they were driving, they spotted a group of Hispanic men, as well as a woman. Kenneth claims they whistled at the woman, which led to the men throwing things at the car.

Once they left, they figured it was over….until they drove home, seeing the men still there. At this point, a fight breaks out and leads to the fatal stabbing.

An investigation finds a bloody knife and leads them to Jose Contreas. Jose is of little help, but his friend Pete mentions that one of Jose’s relatives was involved. He gives hem a description of the car involved and further investigation helps them find their suspect–Hector Hugo Ramirez Lopez.…who was also involved in a sexual assault case.

However, Hector is nowhere to be found. Since he was involved in a sexual assault case, investigators take a deeper dive into his life. Rani, who was his assault victim recalls running into Hector a couple times, but it was all casual. One day, she let him into her apartment, which led to her being sexually assaulted.

Rani reported the assault, which led to a BOLO being put out on Hector. They eventually find him, but he denied doing anything wrong. There was not enough evidence to arrest him, but they took his picture and DNA.

After Randal’s murder, police go to arrest Hector, but he is nowhere to be found. His house and car have both been abandoned.

It is also discovered that Hector had no social security number or drivers license, which makes it more difficult to find him.

Six weeks later, a woman calls from Mexico, saying that Hector is back in his hometown.

Hector was 24 when he committed these crimes and disappeared. He is 5’10”, with a medium build, short cropped hair, a light brown complexion and several tattoos. He is said to be armed and dangerous.

Hector is also a Mexican national.

Trent Paschal is wanted for allegedly killing his wife in 2020…and has been on the run after cutting off his ankle monitor. He is from the Texas area and is considered to be armed and dangerous.

On November 22, 2019, 12 year old Melissa Fu was allegedly kidnapped from her home in Irvine, California. Her mom, 34 year old Amber Aiaz, was also taken. The suspect is of Chinese descent and is said to have been driving a black Cadillac.

Sherman Jackson is at the top of the US government’s most wanted child sex offenders list.

It all began in 2000, when a woman named Eileen allowed Sherman to come into her life. She had been in an abusive relationship, and he helped her get out of it by putting her and her children up in a hotel, as well as providing support.

By 2002, they were a couple and by 2010, they were living together with their children. They were both working and life seemed to be going well. Eileen was aware of Sherman having a criminal past, but claims he was working on becoming a better person.

However, in February 2010, Eileen discovered all was not what it seemed. His daughter, as well as Eileen’s daughter both told her about the abuse they faced. They also claimed Sherman abused girls in a computer club he was running at his job.

In an interview with Cal, Eileen says she confronted Sherman, only to have him deny it….but also apologize. She thought this was strange, especially since he said he was sorry if he hurt the girls.

The next day, Sherman left, never to be seen by them again.

Eileen’s daughter talks to Cal about the sexual assault she faced and before long, there were charges brought against Sherman.

It turns out there were several others who were assaulted by Sherman, most of whom were in an after school program where he volunteered. As the investigation wore on, it was discovered he was getting money from his father via Western Union and had aligned himself with a church camp.

Marie’s other daughter speaks to Cal about the abuse she faced and the horror she faced when she found out her siblings were also abused. She is now making it her mission to help other victims of sexual abuse.

It is said that Sherman has been in Arizona, Mexico and Jamaica, going back and forth between the latter two places. He is on the most wanted list for sexual predators in hopes that he will be found and brought to justice.

After several years on the run, it is believed that Sherman might have established a new identity. His victims want him to be brought to justice.

Sherman is 6 feet tall and about 190 lbs. He is very computer savvy and has aligned himself with religious groups in the past, so it is possible he is using this as a way to make a living. Sherman has connections in Mexico, Jamaica, Ohio and Georgia and is said to be armed and dangerous.

Julio Silvero is wanted out of Suffolk County, NY for first degree rape and bail jumping in 2018.

Tristan Walker was last seen on September 29, 2020 in Weatherford, Texas. He had walked to a wooded area and has not been seen since. Foul play is not suspected, but his loved ones want him to return home safely.