For nearly 45 years, the murder of 11-year-old Linda O’Keefe haunted the Newport Beach Police Department in California. Her image hung among the faces of other unsolved cases, reminding each new generation of officers of the work they still had to do. Could new technology and social media turn the tide? Correspondent Tracy Smith and 48 HOURS investigate the cold case and how an innovative Twitter campaign helped in the quest to find Linda O’Keefe’s killer, in 48 HOURS: “#LindasStory” to be broadcast Saturday, Oct. 16 (10:00 PM, ET/PT) on the CBS Television Network and streaming on Paramount+.

On July 6, 2018, 45 years to the day that Linda O’Keefe disappeared on her way home from summer school, the Newport Beach Police Department launched a series of tweets telling O’Keefe’s story.

“Hi, I’m Linda O’Keefe (or Linda ANN O’Keefe, if I’m in trouble with my mom)”, begins the first tweet. “Forty-five years ago today, I disappeared from Newport Beach. I was murdered, and my body was found in the Back Bay. … Today, I’m going to tell you my story.”

Former NBPD spokesperson Jennifer Manzella had come up with the idea for telling Linda’s story on Twitter after lead investigator Sgt. Court Depweg tasked her with bringing attention to the case.

“When a victim speaks, we want to listen,” Manzella says.

The unusual campaign went viral, accumulating more than 7 million impressions worldwide, and garnering national and international attention to the case.

“I thought that was the most incredible, gut-wrenching thing I have ever read,” says Lysa Christopher, Linda’s classmate and one of the last people to see her alive.

The day she disappeared Linda had called her mother for a ride home. Her mother told her she was busy and told Linda to walk. Witnesses reported seeing Linda talking to a man in a turquoise van. The following morning, her body was found along a nature trail.

There were few clues to what happened. After years of working on the case, the detectives eventually ran out of leads and the case went cold. But her image on the wall of unsolved cases remained a constant reminder.

“We needed to put Linda’s face out there,” says Depweg.

“It was so important for me … to give a little girl whose life was cut short at 11 years old the opportunity to speak again,” says Manzella.

“Now, 45 years later, I have a voice again,” reads another tweet. “And I have something important to say.”

Could the reach of Twitter and the young murder victim’s voice help uncover a killer decades after the case had gone cold?

The hour features interviews with Linda O’Keefe’s older sister, classmates, witnesses, the Orange County prosecutor, and NBPD’s lead investigators who solved the case. Smith and 48 HOURS have the latest, including the stunning end of the case. 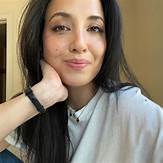 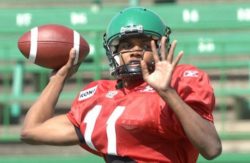